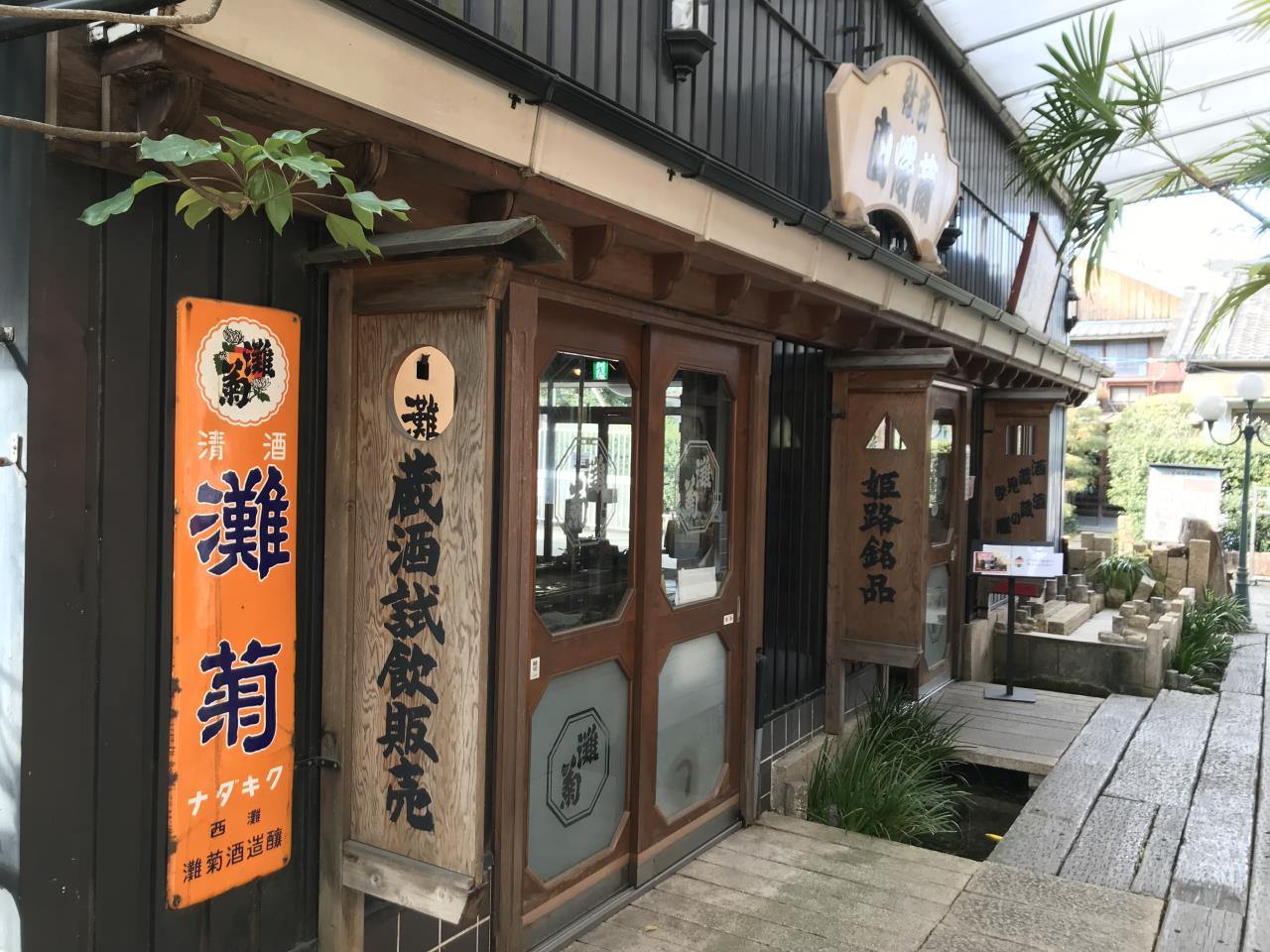 Japanese sake has recently been garnering worldwide attention for how well it pairs with a wide range of different dishes. Although it is now widely produced across Japan, the Harima region in Hyogo Prefecture was the first to brew sake using koji mold, and can perhaps be called the birthplace of Japanese sake. The Harima region is home to 22 different breweries, but here we’re going to tour the Nadagiku Sake Brewery and sample some of its famed sake. 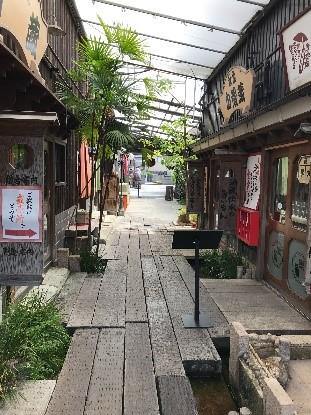 A historical text from nearly 1,300 years ago says that, at Niwata-jinja Shrine in Harima, mold was found on some rice offered to the deities. This rice was then used to brew sake, which was presented to the deities through a banquet. Through the power of koji mold, rice was saccharified, and then fermented to create sake. This process has been refined over the past 1,300 years, and now consists of more than ten different stages. Today, sake is given to the deities as thanks for abundant harvests—like the banquet at Niwata-jinja Shrine—and consumed at various other celebratory occasions. For Japanese people, sake is not simply an alcoholic drink, but a valuable one that is closely linked to their culture. 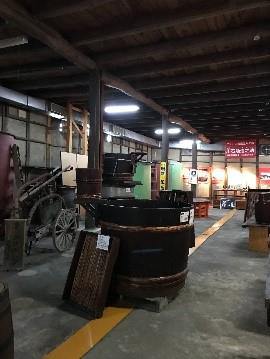 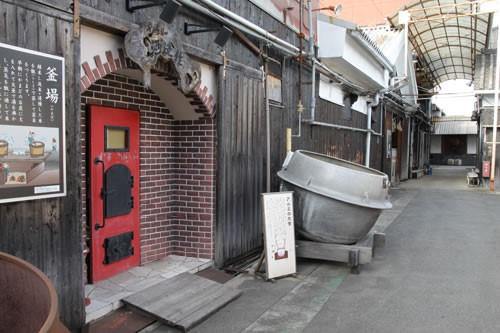 The Nadagiku Sake Brewery was established in 1910. On the brewery’s grounds, seven historical wooden storehouses remain from the time it was built. Of these imposing structures, two are open to public tours. Inside, visitors can see old wooden barrels, mixing poles, and carts used to transport the rice, presenting a realistic image of olden times. With metal barrels from the 1950s, visitors can see the evolution of the tools used. There are also photos of the sake-brewing process on display to help visitors understand the work involved. Nadagiku still brews sake today, but all the processes take place in the steel-reinforced storehouse at the back, which unfortunately is closed to the public. A gentle sake aroma in the air leaves you longing for a drink. 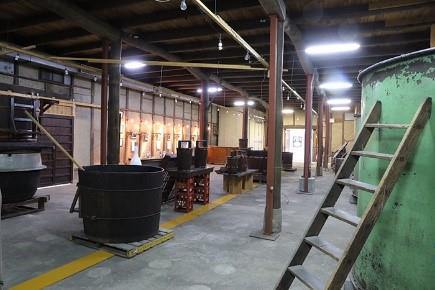 Sake and Japanese Cuisine at the On-site Restaurant

After drastic refurbishment, one of the old storehouses has been turned into a restaurant. Together with their meal, diners can order a tasting set of three different varieties of sake. Each of these is different—for example, one is fruity, and one is refreshing, helping to bring out the qualities of different foods—and diners will no doubt be surprised by the rich variation. Served on quintessentially Japanese plates, the food itself is magnificent, providing visitors with a luxurious opportunity to experience Japanese food culture using both taste and sight. A particular highlight is the freshly made tofu, which is packed with the aroma and sweetness of soy beans. It is served with every course on the menu, and pairs superbly with the sake. 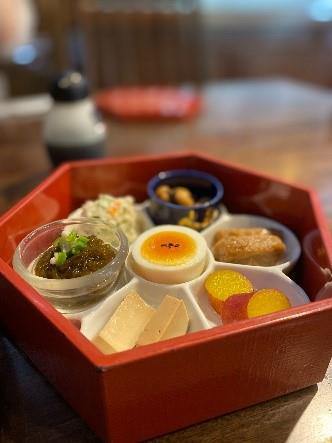 After their meal, visitors can head to the direct-sales outlet for some souvenirs. Due to the traditional, careful techniques used, sake from Nadagiku is only produced in small batches. Most of this is consumed locally, and so other than at this direct-sales outlet, it is said to be quite difficult to get hold of. 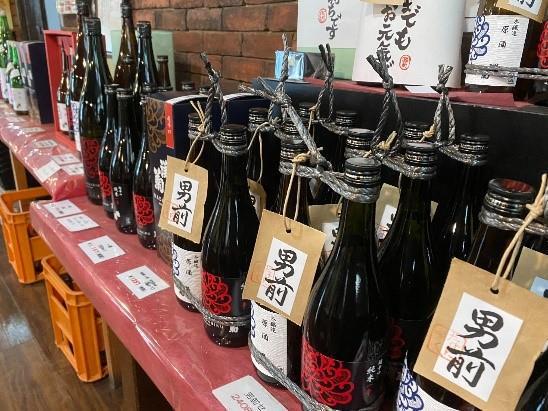 A Snippet of Knowledge for French Fans of Judo

French fans of judo will know the name Mikinosuke Kawaishi. Credited with bringing judo to France, he is affectionately known as the “father of French judo.” Kawaishi’s older brother was the founder of Nadagiku Brewery. Nadagiku’s most luxurious sake—Mikinosuke—won first prize in a sake contest.