Kansai, the Large Tourism Region including Osaka and Kyoto

The Kansai regions’ government consists of 10 prefectures (Fukui, Mie, Shiga, Kyoto, Osaka, Hyogo, Nara, Wakayama, Tottori, and Tokushima Prefectures). In addition, there are four cities designated by the Government of Japan that maintain the same authority as a prefecture (Kyoto City, Osaka City, Sakai City, and Kobe City), as well as the Union of Kansai Governments, a cross-jurisdictional administrative body.
The Kansai region’s population is 24.37 million (as of October 2019), or about 20% of Japan’s total population, with around 70% of this total residing in Osaka, Hyogo, and Kyoto Prefectures. By city, Osaka has 2.74 million, Kyoto City has 1.47 million, and Kobe City has more than 1 million people, and together, these three cities form one of Japan's three major metropolitan areas. Each prefecture operates under its own local government, while the National Governments’ Agency for Cultural Affairs is planning to make a full-scale transfer to Kyoto Prefecture during the 2021 fiscal year. 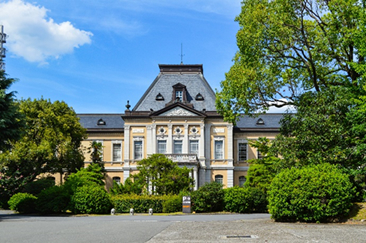 The Kansai region’s population is second only to the Tokyo metropolitan area. Manufacturing makes up for about 20% of the Kansai region’s industrial structure, and third-tier industries, including retail and service, account for three-quarters of the total. Osaka has developed as the center of the nation's economy since the days of the 16th century warlord Toyotomi Hideyoshi. Even now, there are many companies developing innovative businesses and new industries, utilizing ideas unique to the Kansai region. In recent years, the Kansai region’s tourism industry has been booming due to a sizeable increase in foreign tourists. The number of foreign passengers at Kansai International Airport, and the number of staying guests continues to grow. The current hotel development rush will cater to these increasing numbers of staying guests. The hospitality, food and beverage service industry has also benefited from this increase. In general, the Kansai region is showing positive economic growth in part due to the demands of foreign visitors to Japan. 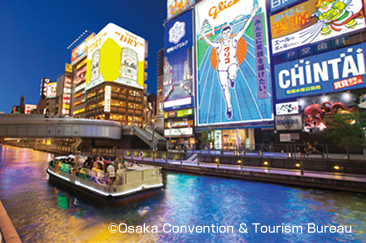