The Kansai region has often been called Japan’s Kitchen, particularly as most of Japan’s traditional foods evolved around the ancient capitals of Kyoto and Nara. The fresh natural ingredients from the surrounding areas of the Kansai region, Pacific seafoods from Wakayama, Hyogo and Tokushima Prefectures, Sea of Japan fish, crabs and seaweeds from Totori and Fukui, vegetables, grains and legumes from Shiga and Mie, greatly influenced the rich food culture of the Kansai area. 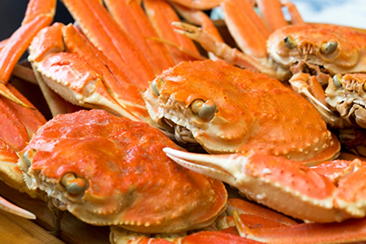 The Kansai region is also well known as a production center for tea and sake, and thus the rich culture associated with both of these beverages was formed here before spreading out across Japan. These areas were also renown for creating the visually appealing, artistic way in which Japanese food was prepared and served, such as the iconic Kaiseki Ryori, Japan’s traditional elaborate multi-course haute cuisine. Your meal becomes a banquet where each small, diverse dish highlights the freshest of regional and seasonal delicacies. Enjoyed in traditional, refined surrounds, essentially traditional ryokan inns, specialist Kaiseki restaurants, at ceremonies and presented to distinguished guests, it is as stimulating for the eyes as it is the tongue, and the range of tastes is as wide as the Kansai area itself. 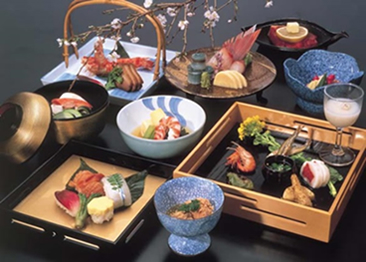 To go with your food, you’ll need something to drink. With Nihonshu, Japanese sake undergoing something of a renaissance domestically thanks to rising international interest, all eyes are on the Kansai region.
You’ll find a range of Kansai region sake breweries and insider experience tours to improve your understanding and appreciation of this popular Japanese beverage. Many of these insider experiences also explain the rich sake drinking culture, and the proper drinking and serving etiquette to better enjoy your Japan experience, starting with “Kanpai”, or “Cheers”. 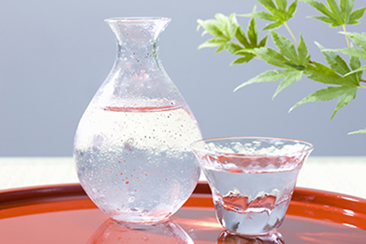