The ejecta of the submarine volcano which you can see among the Otonori area are rocks that was formed and carried to the ocean trench. Then, they were mixed into the stratum of land source about 70 million years ago and added to the land.
Otonori was named after a legend that the younger siblings (‘oto’) were to raft along this dangerous stream for the eldest son must be an heir of the family. The story tells how difficult it had been for the rafters to sails through this river current. 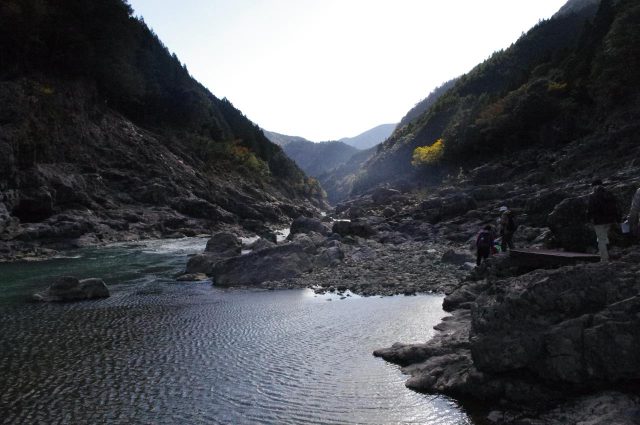 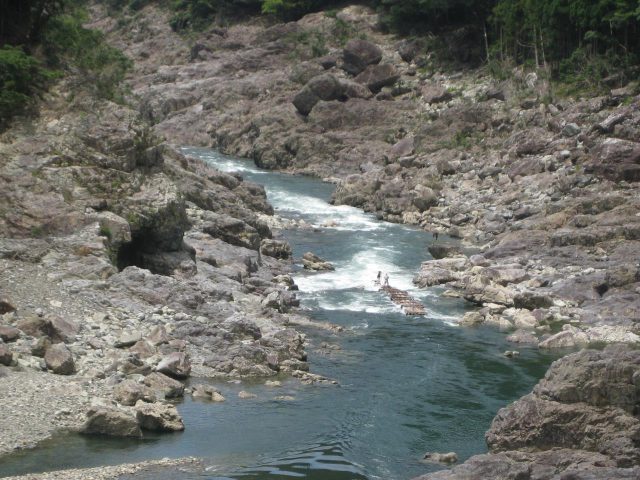 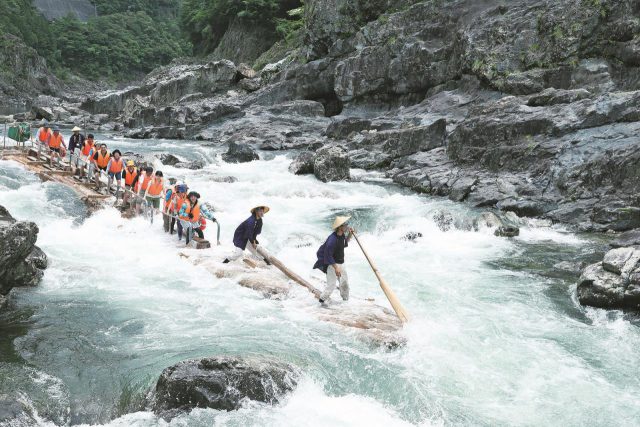 The only place in Japan! River-rafting in a traditional way. 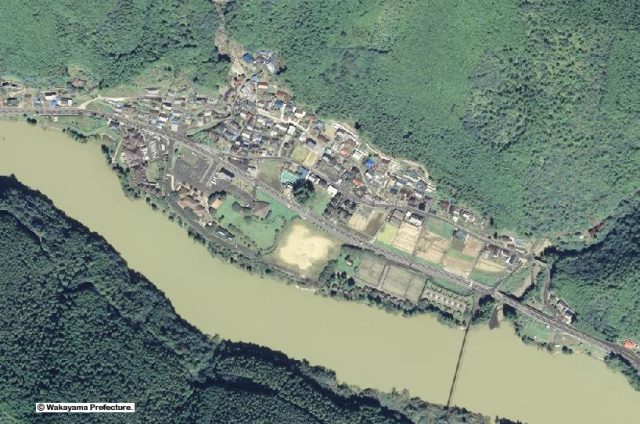 The River Terrace in Shimooi 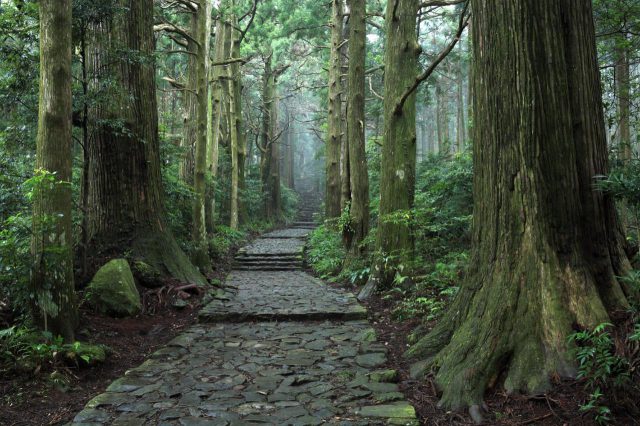 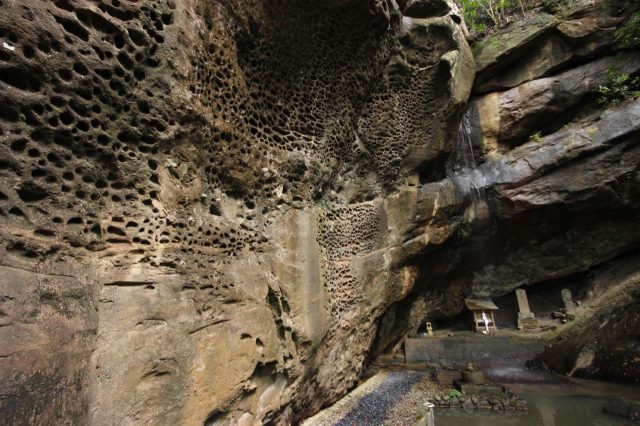 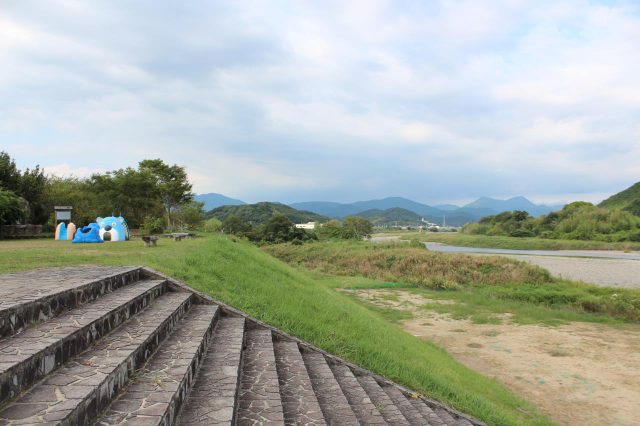 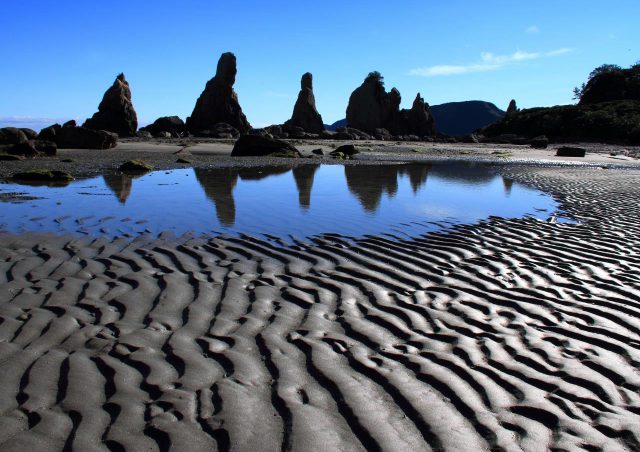