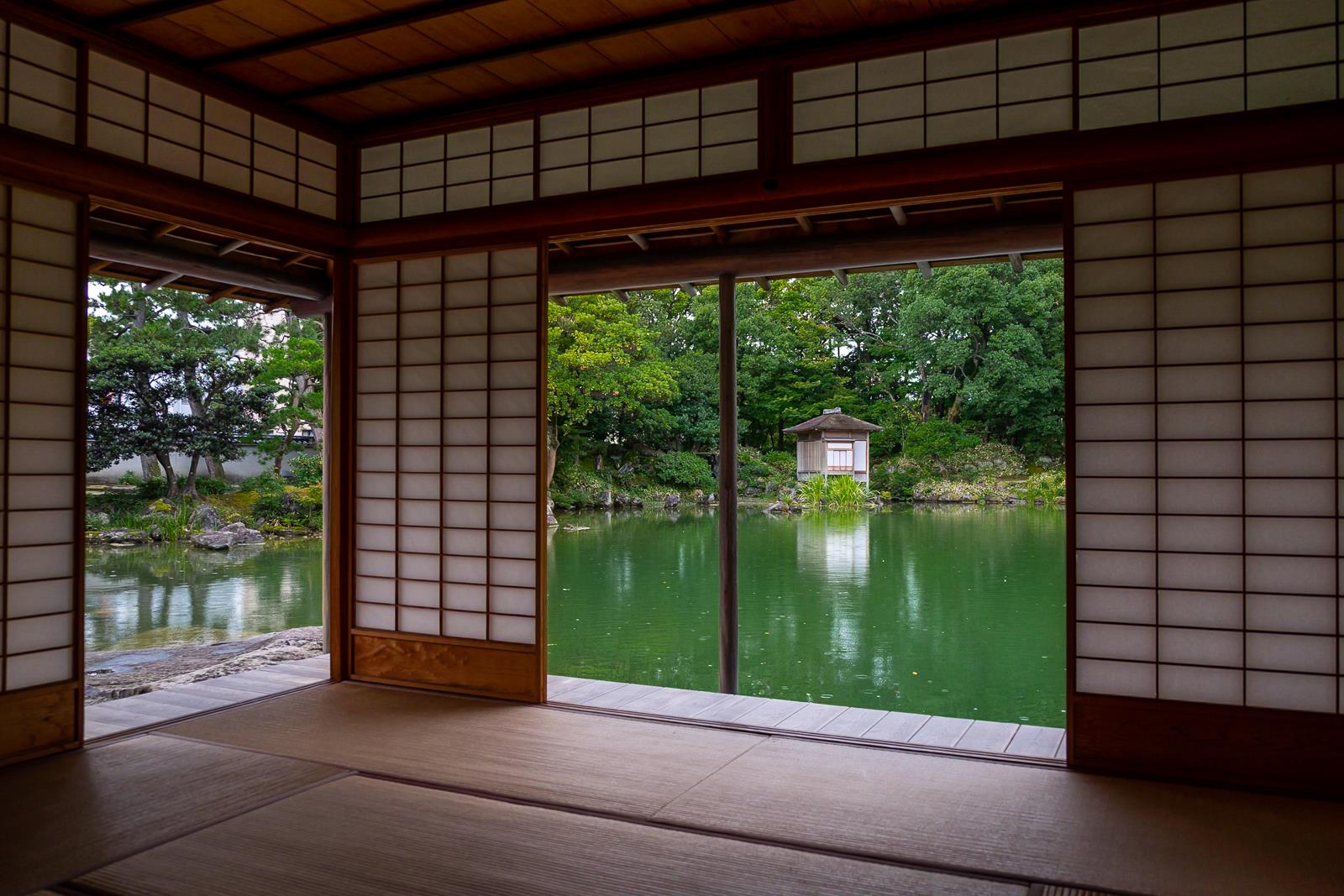 If there is a single word that sums up an immediately recognizable Japanese aesthetic, it is probably the word “wabi-sabi". Easy to remember, those rhyming words are familiar to anyone who has an interest in Japan and Japanese art, and immediately conjure images of rock gardens, moss, a roughly made tea-bowl - the Japan many come from all around the world to experience first hand. Literally, the expression is made up of two words, “wabi”, meaning originally loneliness but later used to refer to a simple, subdued beauty, and “sabi”, which means the beauty that comes with age, or patina. But ask most Japanese what “wabi-sabi” actually means, and you will most likely be answered with little more than a shrug. Not because nobody knows, but because it is so difficult to put into words. Tellingly, in a recent interview with a Japanese writer, Hosai Matsubayashi, the 16th generation in his family to head the Asahiyaki pottery in Uji, Kyoto, described wabi-sabi as a kind of “primitive beauty”, finding it easier to use the English word, “primitive”. Asahiyaki was founded by the artist and aristocrat Kobori Enshu in around 1600, specifically to support the booming trend for the tea-ceremony at the beginning of the Edo period. The notions of “wabi” and “sabi” had already been around for centuries, but Enshu is said to have fixed the expression “wabi-sabi” in the Japanese lexicon, and from the outset the Asahiyaki was given the aesthetic “kirei-sabi” as its core aesthetic - a slightly more decorative extension of the original wabi-sabi idea. The pottery maintains that aesthetic to this day. So if anyone knows what wabi-sabi means it ought to be Matsubayashi. And yet when asked to explain by a Japanese interviewer, he used an English word. 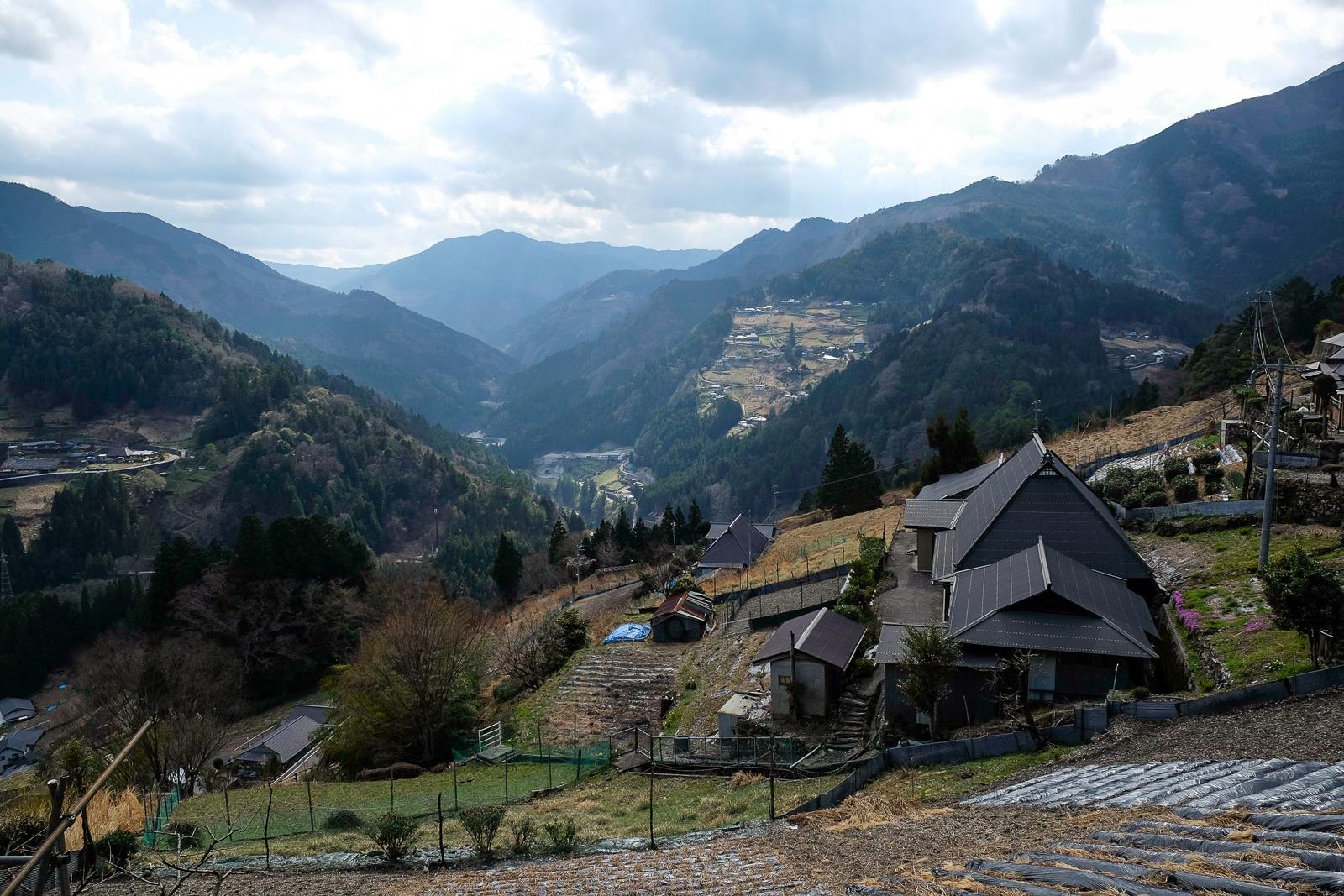 In many ways, the fact that it is almost impossible to pin down wabi-sabi is in itself the very essence of wabi-sabi, and with it many other elements of Japanese thought, as well. Several years ago, I was in the mountains in Tokushima enjoying a Korean barbecue dinner with a group of Japanese friends that included a senior Yamabushi - a mountain ascetic monk. The fact that we were all eating a dinner of grilled beef is in itself a nice example of how inconsistent and fluid things can be in Japan. Traditionally Yamabushi don’t eat meat, and yet here we were enjoying a Korean barbecue and beer together. As we ate, we were asking our Yamabushi friend about shugendo and the Yamabushi way, and he turned to me with a big grin and said “You’ll never get it, you think too much!” There was a burst of laughter around the table - that certainly put me in my place! But it says a lot about the Japanese way of thinking about things. Where we in the west are conditioned from a young age to try to compartmentalize and understand things with logic, Japanese thought has actively avoided that logic until very recently, finding it human-centric and limiting, and has preferred a more natural, fluid way of understanding things.

To explain something of how the wabi-sabi aesthetic came about, most Japanese writers go back to the long prehistoric Jomon period that extends from 14,000 to 300 BCE. Japan was a hunter-gatherer society at that point, and it is thought there was limited horticulture. But unusually for hunter-gatherer societies, the Jomon Japanese produced sophisticated and elaborate pottery, which is usually associated with agriculture-based societies that stay in one place, since pottery is heavy and takes time to produce. It is thought that the reason the Jomon societies managed to settle while maintaining a hunter-gatherer lifestyle was that Japan was rich in food sources, so the Jomon were able to build settlements while at the same time as living from what nature provided, rather than growing food for themselves. This rich and abundant nature became the focus of Japanese spirituality and religion, as it did in many societies around the world at the same time. But unlike other counties, in Japan that focus has remained at the core of much thought and philosophy throughout history, and to a certain extent still remains so today. The Japanese Shinto faith, despite having been used at various points for political and social ends, is principally a nature-based belief system, something like a mix of animism similar to the ancient Celtic or Native American beliefs, which says there are “kami” - gods or spirits - within all things, and polytheism much like Hinduism.

The worship of nature naturally led to a sensitivity to the changes in the seasons, and the impermanence of life. Those are themes common among artists and writers around the world, but in Japan they were to become a central part of understanding the world, and that thought began to be reflected in art works.

In 538(or 552) Buddhism was introduced to Japan from Korea, and with it art and culture began to flourish in Japan. The history of Buddhism in Japan is complex, but one of the most important concepts, which was to go on to heavily influence Japanese aesthetic, was the concept of “ku”, and the Heart Sutra. The Heart Sutra says that all things are empty, and constantly changing, which reinforced the understanding of transience the Japanese already had in their view of nature. As Buddhism spread, and Japanese society became more sophisticated, so contact with the outside world increased. In 758 the Great Buddha Hall at Todai-ji was opened, and was to remain the largest wooden structure in the world right up until 1998. And it held the largest bronze statue in the world, the great Buddha. It is said that people travelled from all over the world along the Silk Road for the opening of the Great Buddha Hall, and the central courtyard was the venue for one of the largest international festivals of music and prayer the world had ever seen. Certainly, by this time Japan was well aware of cultures and thought from around the world. But where the continent and cultures further west focussed on solid, man-made expressions showing off man’s ability to capture nature in all its perfection, the Japanese preferred to work with less concrete materials that changed over time, mainly wood and paper. The Great Buddha at Nara and its counterpart in Kamakura are anomalies - there are very few bronze or stone art works in Japan. Certainly the Japanese were technically capable of producing them, and yet they chose not to. Similarly with architecture. It is often said that Japanese house are made of paper and wood because the country is so prone to earthquakes, but so are the Korean peninsular and China, so that theory doesn’t really stand up. And again the Japanese were well aware of stone architecture, and had plenty of stone to work with, but they chose to work with wood.

In art works, too, images of transience and change were common. The Tale of Genji, written in 1008, is full of references to autumn, and “ahare” - sorrow and pathos. Similarly, the only piece of pottery from the same period to be an important National Treasure is a large pot, decorated with a simple scratched line motif representing autumn grass. The Japanese were certainly not averse to elaborate decoration and grandeur, but above all, rather than a “host of golden daffodils”, it was in a single, fragile autumn leaf at the very end of its life that they found beauty at its pinnacle. 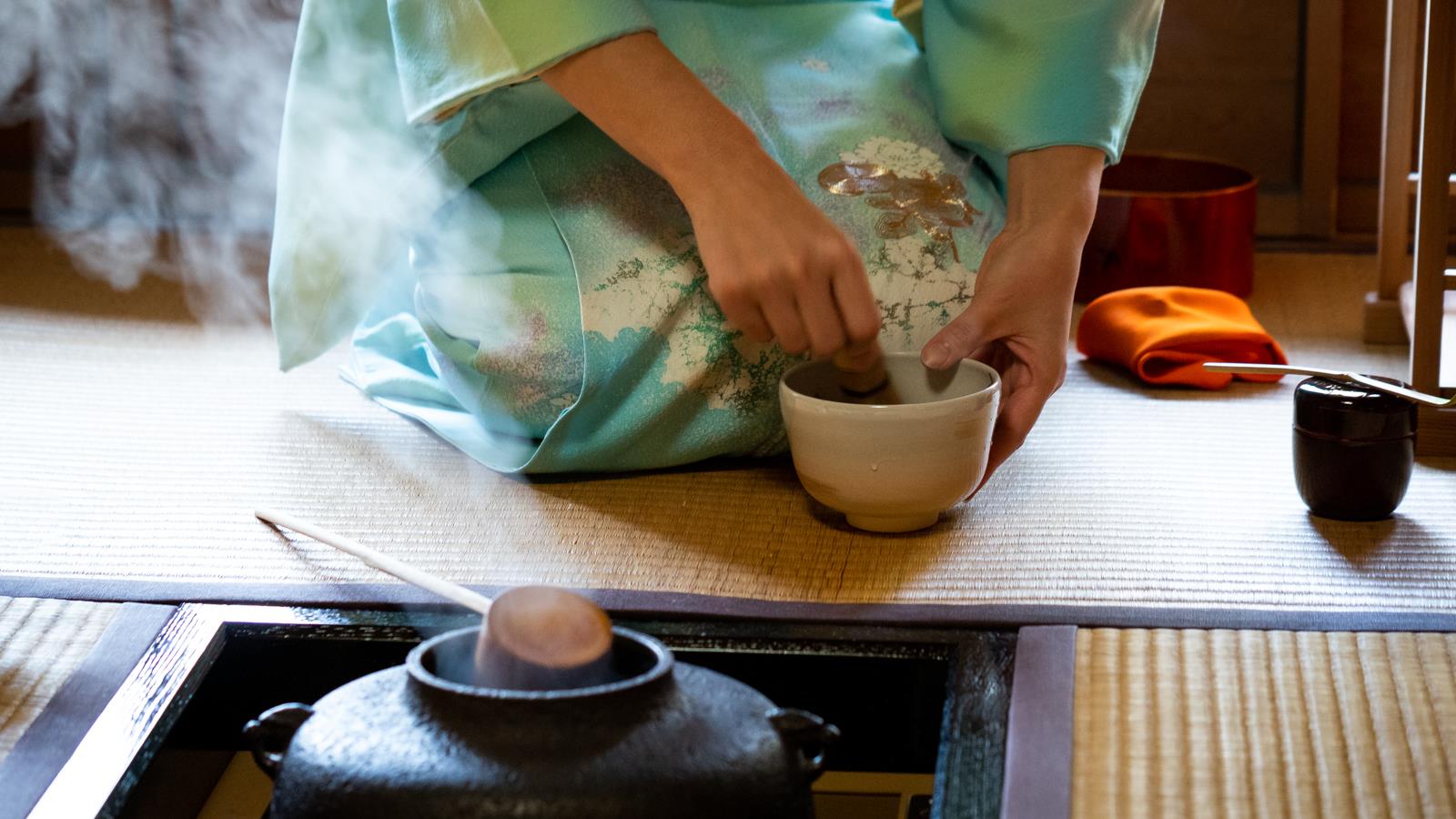 But in the end it was politics which was to secure wabi-sabi at the heart of the Japanese aesthetic. Politics, and tea. Tea had been introduced to Japan from China in the Nara period in the 9th century, and as tea became more popular the focus began to move from the tea itself to the utensils used in preparing and drinking it. A sophisticated aesthetic, combining tea and the Japanese taste for transience, began to build up and by the 15th century it was combined with a revitalized Zen Buddhism to become a form of spiritual practice based on tea drinking. In the late 16th century Sen no Rikyu became tea master to the great daimyos Oda Nobunaga, and then Toyotomi Hideyoshi. Rikyu developed and refined the rustic tea room and simple tea bowl still known today that are perhaps the most obvious expressions of wabi-sabi, but at the same time Hideyoshi was using the tea ceremony to cement his power across the country, and as tea and politics became inseparable, so Hideyoshi’s flamboyant tastes and the rustic simple style of the tea ceremony were more and more at odds. So important was the tea ceremony to Hideyoshi’s power base, that, fearful he would be undermined, he ordered Rikyu to commit seppuku - ritual suicide - and the Way of Tea was nearly lost for ever, and with it the ultimate wabi-sabi expression.

But instead wabi-wabi became something of a symbol of anti-authority, and as Hideyoshi’s power waned and Tokugawa Ieyasu took charge of the country, so tea and wabi-sabi began to spread through society. Ieyasu established a firm class system of samurai, farmers, artisans and merchants, and then Kobori Enshu, who we met at the beginning, began to introduce the tea ceremony to the samurai classes, and with it the concepts of “wabi-sabi” and “kirei-sabi” became a mainstay of the Japanese way of life.

It is this wabi-sabi, perfected in the 16th century, that is still to be found all over Japan today, in between the vending machines and convenience stores. On a quiet afternoon at Ryoan-ji temple in Kyoto, you can still sit in front of the karesansui rock garden, built over 500 years ago, and as you gaze allow your imagination to fill the simple rocks and gravel. Wabi-sabi may be difficult to put into words precisely because, just like the rock garden, it is a half-prepared canvas, designed with just enough to inspire each of us to complete it with our own thoughts and experiences, only to discover our experiences are insufficient and irrelevant, and can be thrown out and returned to emptiness. Zen.