Entering the grounds of a Japanese castle is always a solemn moment for me. Is it for the beauty of the place, or the whole historic story behind the place ? Well, I would probably say a bit of both. But in a more specific way, it is for the dungeons and their majesty that always fascinate me. It actually means so much to me that this is most of the time a reason for me to choose a city to travel to. 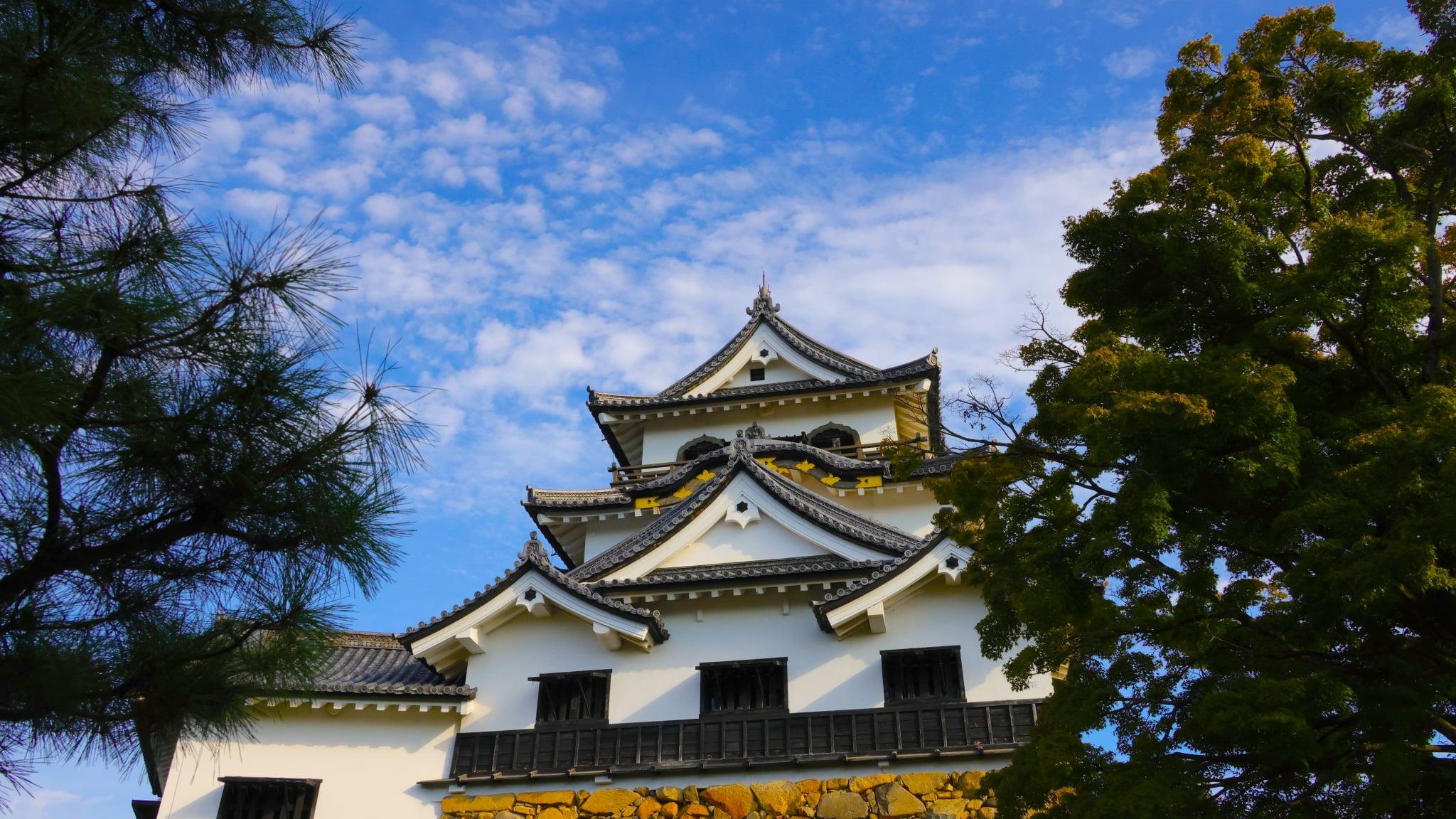 A castle can be considered as the symbol of a city, the heart and the soul of it I might say. It is the pride of its inhabitants, who in the past witnessed it as a protection, and who today see it as a proof of the past, that needs to be preserved for the future generations. Whether original structures have to be restored or rebuilt exactly as they used to be, they still seem to have an important place into our society after all.

Originally intended to be as impregnable as possible, a series of obstacles were built to block the paths in order to keep the dungeon and the Shogun safe. One or two large enclosures with impassable walls, often with a moat, large fortified gates, a few defensive turrets here and there, stairs with irregular steps, dead-ends, and other hidden traps.

The whole structure was built with a difference in height as the fortresses are often perched high up on a small hill to dominate the city and have an unobstructed view of the surroundings, to impress the armies of other samurai enemies, to show off its power and wealth.

Nowadays, the path is all marked out and fortunately without any obstacles to avoid if you wish to stay alive ! To reach the final objective, there will be some steps left to take through the vegetation of cherry, maple and pine trees.

Although even if they have many points in common, they are different enough from one to another to pay a visit to the fortresses without getting tired of it, quite the contrary. Among the most beautiful representatives, it is impossible not to mention the well famous Himeji, the majestic white immaculate fortress is one of the oldest and best preserved medieval structures. The tangle of its walls and buildings make this labyrinth an astonishing and unmissable place. In fact, it is not surprising that the place is used regularly to be featured in the scene of film shoots.

Also worth to be mentioned on this list, the atypical Nijo-jo Castle in Kyoto, and its Ninomaru Palace, home of the Shogun in the ancient capital Heian. The fortress is particularly famous for its nightingale floor which, through the friction of nails on other metal parts, emits a sound similar to the song of a nightingale as soon as you step on it, making it impossible for spies and assassins to sneak in. The interior is magnificent, with many rooms becoming more and more decorated as you sink inside. Unfortunately no more dungeon as it was destroyed more than two centuries ago and has never been rebuilt since.

Last but not least, a word about Hikone and his stylish little castle laid on the shores of Lake Biwa. It is a very nice architectural achievement, coupled with an original design, which is worth the travel. It is also one of the few fortresses to be classified as a national treasure, just like Himeji.

If Japanese castles resist admirably through the passing time, what can be said about the samurai who served and gave his life to protect them? Well, their caste was abolished during the Meiji revolution a century and a half ago, as they were no longer considered useful along modern society. 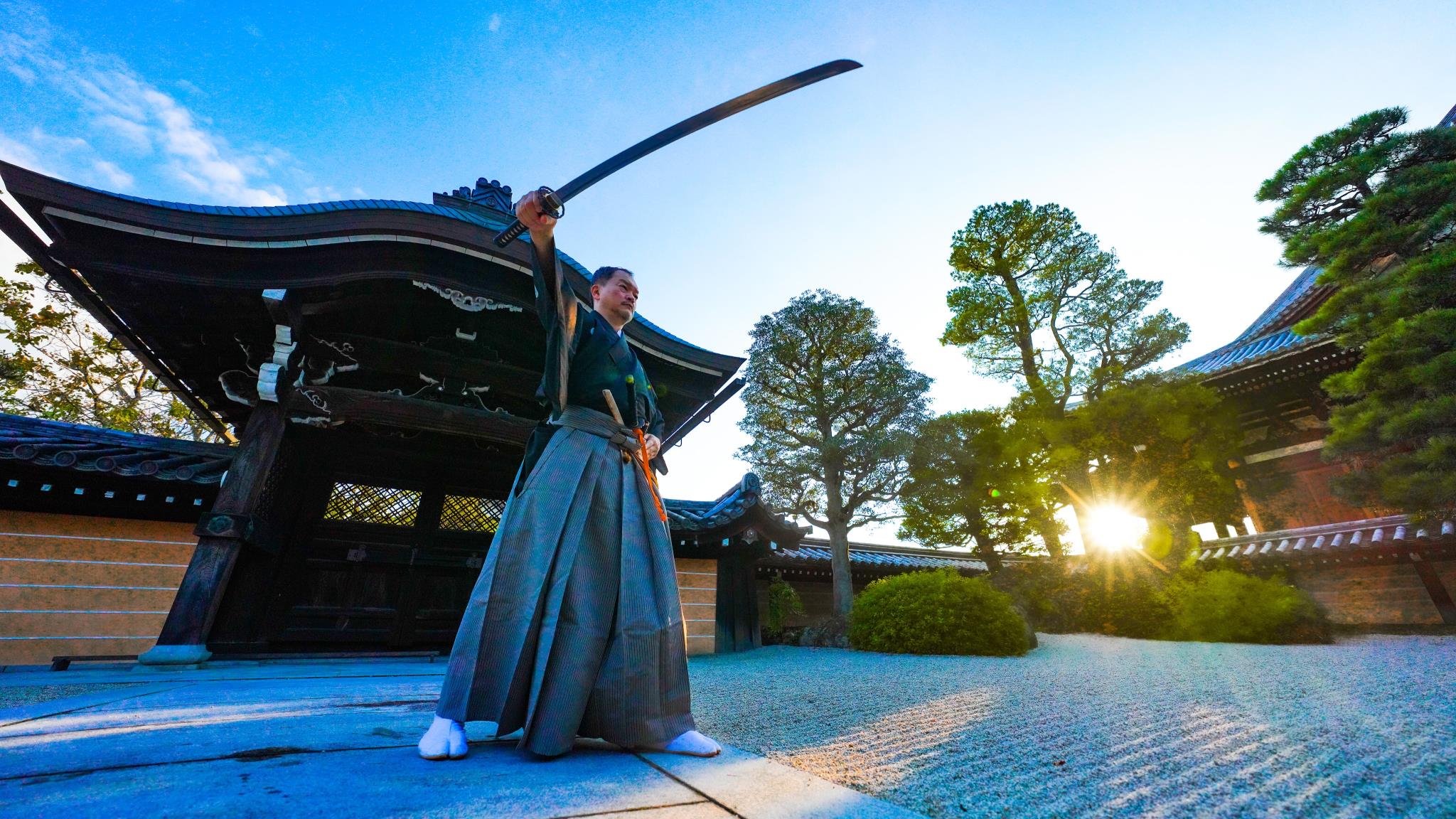 However, their spirit still survives today through bushido. This "warrior's way of living" is a moral code with principles strongly inspired by Zen, such as stoic endurance, and Shinto values such as respect for the fatherland and the Emperor.

Some martial arts can be inspired based on this code, like kendo or iaido. Practitioners are then the heirs of the technical know-how and spirituality of the samurai.

Attending a demonstration by Master Takeda, one of the greatest specialists in iaido, was an unique and unforgettable experience. His piercing gaze betrayed absolute confidence in his skills. He undeniably possesses a strong aura that forces respect.

The straw bales are ready for a Battodo session, the art of cutting. He moves forward taking tiny steps, now alone in his own world, concentration is at its peak. Then, in a fraction of a second, he draws his katana and comes to cut once, then twice the log in front of him. The speed and precision of the movements is impressive and the contrast between the approach and withdrawal phases, which are very slow for the first phase and very fast for the cutting phase is breathtaking. 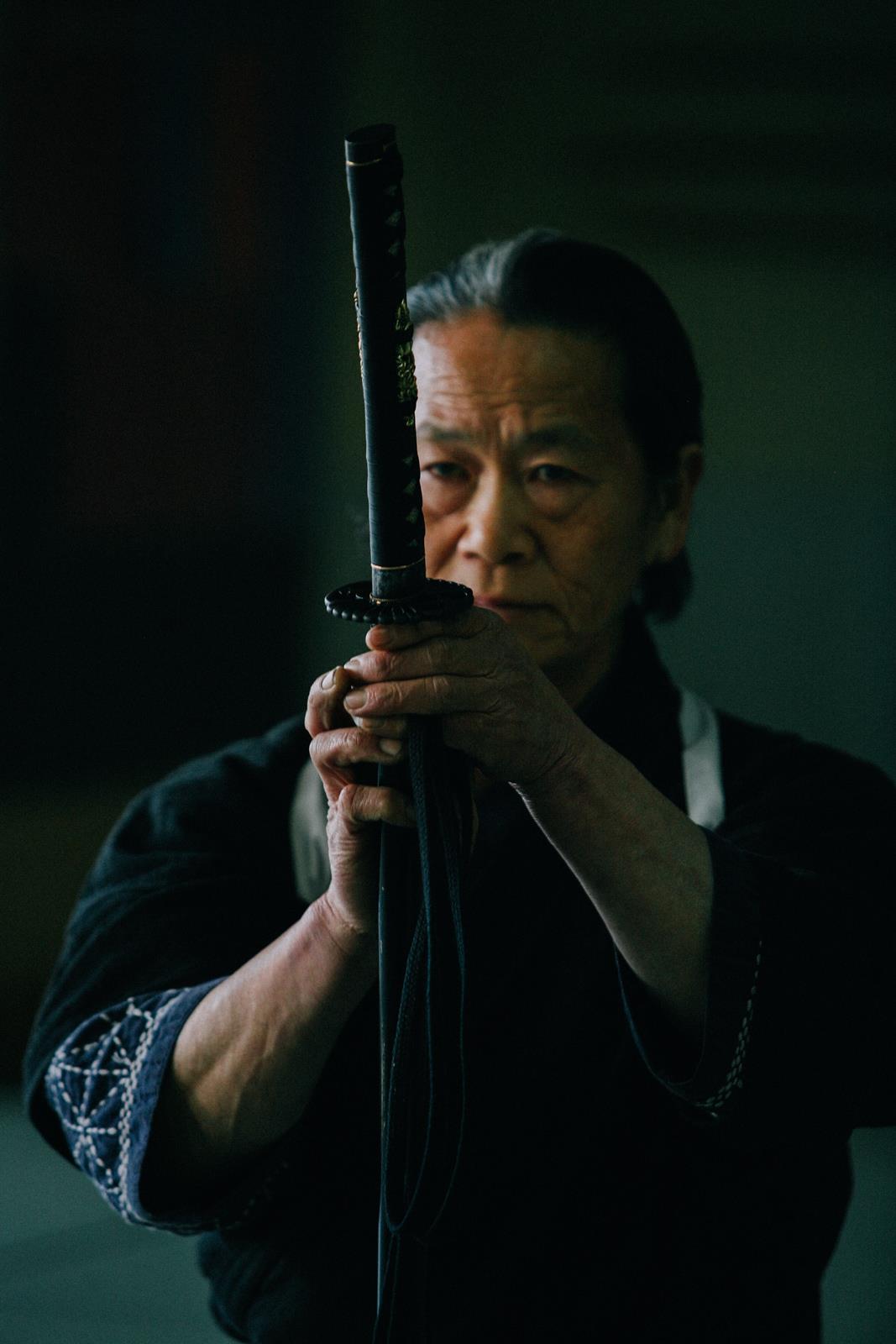 The sword is now in its sheath. And no doubt that after this demonstration, the soul and the spirit of samurai is still alive in some men to perpetuate the legend.

Japan has a strong reputation when it comes to forging blades. When we think about the Kanata of samurai, what comes in mind of everyone immediately is actually the sharpness of the blade.

The temperatures reached in Japanese furnaces made possible to obtain alloys of very high quality. It is possible to imagine the workload involved to forge a katana when visiting the Futo-Masataka forge in Tenri, around the south of Nara. In the stifling heat emanating from the blaze, the craftsman works the steel brick to remove impurities and create specific layers until a soft core is obtained covered with hard steel.

When it comes to kitchen knives, Japan definitely reaches a really high level in matters of quality especially in Sakai. This city is today the traditional heart of the craft techniques of knife forging. Old forges are still scattered throughout the city.

It is possible to appreciate the techniques and knowhow by paying a visit to the Sakai City Traditional Crafts Museum where magnificent knives are displayed, but also all sorts of handicrafts made in the surrounding area.