Sake: Finding a Way Back Home

In an everyday casual setting, should you try to rationalize to someone why it is they should order a glass or purchase a bottle of sake, you’ll be hard-pressed to find a convincing argument. Not that sake is a bad choice – I’d argue it’s a rather exceptional choice, seeing as I’ve more or less committed my livelihood to that very premise – on the surface it’s just not readily apparent why you should choose it over the ever-growing list of more accessible and affordable options.

Sake has a transparency problem, in that if you’re not committed to putting in the time, you’ll likely struggle to decipher exactly what’s what. Sake also has a minutia problem, in that the industry can’t seem to distance itself from the swamp of details that it’s layered upon itself over the past several generations in attempt to justify the beverage’s “value” within an ever-more-competitive drinks market filled with products backed by either centuries worth of broad cultural relevance or marketing campaigns with astronomical budgets, and in some cases, both.

More often than not, you’re either left out in the cold, or you’re buried deep in the weeds. You’re either denied access, or you’re so tangled up in an ever-growing lexicon that it’s tough to know exactly where it’s all rooted.

When it comes to sake, in attempt to provide more information, the art of being selective as to what information is actually important to the majority of the population has largely been neglected. More information can be satisfying and empowering, but without any meaningful point of reference to return to in order to gauge the value of that information, what you’re left with is noise. Failing to commit to any relevant point of reference has effectively provided ambitious drinkers and connoisseurs with more than enough disjointed information to sift through to help them understand, from a technical standpoint, what it is they’re about to ingest, but in the process has largely left them in the dark as to whether it all adds up to anything. Despite the accruement of knowledge, it’s easy to get lost as to why anyone should actually care.

At the same time, there are brilliant programs for sake education now scattered all across the globe, organized and hosted by some of the most talented, dedicated and passionate people you could hope to encounter. If you’re reading this, and you haven’t already, you should partake in one – or several.

At the beginning of most of these tastings or seminars, hosts tend to dedicate a few moments to expound upon sake’s endless integration into thousands of years of myths and legends, how it’s woven into centuries of ritual, celebration and ceremony, and the Japanese peoples’ deep veneration for the majesty of the rice harvest and the resulting deep spiritual groundwork that sake has laid for communities anchored in the shared practice for thriving well. That unified experience has over centuries manifested into the idiosyncrasies that have grown to define regional qualities of sake that, for those given the opportunity, have ushered a steady stream of endless discovery feeding a current generation of insatiable beverage connoisseurs inspired by character and authenticity.

However, many informative experiences, after briefly elucidating this spiritual and more personal allure central to the human experience, most often derail into that previously mentioned lexicon removed from any real sense of place, both physical or spiritual. The sake industry as a whole is generally characterized by an allergy to specificity, and while arguably part of the appeal, this reluctance (or a presumed inability) to anchor sake’s sense of place to any sort of tangible road map has unintentionally relegated one of the world’s most inspiring and delicious beverages to the ranks of drink options trapped in eternal limbo as an on-again off-again liquid curio.

But if the industry were to commit to anchoring some form of initial way point – something unchanging and constant that would chart the kinds discovery that would fuse reality with spirituality in the world of sake – there would then exist a real, tangible way for a world of sake-curious to tap into that magic from the get-go. A “birthplace” of sake rooted in universal values needs to be clearly established.

In Nara, for example, you have clearly defined, concrete, uncontested locations that represent:

1. Japan’s spiritual epicenter of sake (Ōmiwa Shrine, which just so happens to also double as the oldest shrine in Japan – period).

2. The birthplace of modern sake-making (Shorakuji Temple), which is conveniently responsible for,

3. A method of sake production (bodaimoto) considered not only the progenitor of all modern sake-making, but also arguably the only example of a truly original “style” of sake to be associated with a specific region (Nara) in all of Japan.

4. In the town of Yoshino, you have vast forests of Yoshino sugi (Yoshino cedar), the only industry-wide recognized timber resource and accompanying crafting ecosystem supplying centuries of wooden casks, tanks and tools that have permeated, sustained and evolved sake production and fermentation practices throughout Japan for hundreds of years.

And that’s only looking at Nara Prefecture.

What if the god(s) of wine, the birthplace of modern winemaking, arguably wine’s only definitive regional style, and the natural resources supplying nearly the entire industry with French Oak barrels and traditional winemaking tools, all existed in plain sight and could be accessed within an afternoon on a busy itinerary? You would have an undeniably alluring pilgrimage laid out for an entire world of wine professionals and wine lovers.

That’s what Nara is for sake. Within a roughly 20km radius exists the tangible cornerstone for nearly everything culturally, spiritually, and technically permanent associated with sake. Unlike the ever-increasing and evolving lexicon weighing down the communication of this spectacular beverage, forcing it into a perpetual losing battle with fly-by-night drink options backed by millions of dollars in marketing campaigns, the characteristics defining Nara’s relationship with sake make it the bedrock of the beverage’s cultural and spiritual identity. Nara inherently has everything that it needs be considered the indisputable first stop on a sake pilgrimage. That’s not because it’s “better” than other regions, but because it’s rooted in clear, meaningful, universally unwavering qualities that connect the beverage to both its human and spiritual significance.

It also doesn’t hurt that, in the current modern context, Nara is arguably one of Japan’s more dynamic and unpredictable sake producing regions. Despite being the birthplace of modern sake making, it doesn’t actually rank particularly high in any of the typical metrics used to characterize a “top producing region,” whether it be production or consumption volume, a long-running string of accolades, or percentages of “premium” product on the market. On the flipside, however, since these makers don’t have a “modern” expectation reflected in the market, imposing consumer expectations or financial obligations to live up to, what they lack in stylistic consistency translates into a sea of endless discovery. In a region labeled as the “birthplace of sake,” as a consumer, you’re blessed with a place that fuels curiosity and a sense of possibility.

For a region (and its producers) to be rooted in its spiritual and cultural relevance is arguably the most exciting beverage landscape you could ask for. Seeing as how sake is still far from permeating anything resembling any sort of global scale cultural relevance in the same way that, say, beer or wine have, Japan is in a position to construct a rich narrative that not only equates Japan with sake, but also identifies places throughout Japan that have made timeless contributions to the beverage’s significance. Isolating a region like Nara for the reasons mentioned above doesn’t only serve to highlight its meaningful contributions, it also establishes a foundation for defining other regions on their own terms.

There’s a reasonable argument for building a fence around Nara and claiming it the sake holy land, but to do so would do the greater Kansai region (and the sake category as a whole) a great disservice. Because for what Nara represents as a collection of “firsts” and “only” qualities solidifying it as a stronghold for deep spiritual and cultural relevance, along with early technical prowess that laid the groundwork for the incredible sake that we take for granted today, the neighboring regions represent arguably equally significant contributions that make them the logical “next stop” on the sake journey, further laying the foundation for extrapolating distinct sake destinations across Japan.

While Nara as a region often gets largely left out of the lengthy and diverging tale of sake, neighboring Hyogo and Kyoto prefectures are no stranger to being heaped with praise across every sake-related curriculum on the planet. 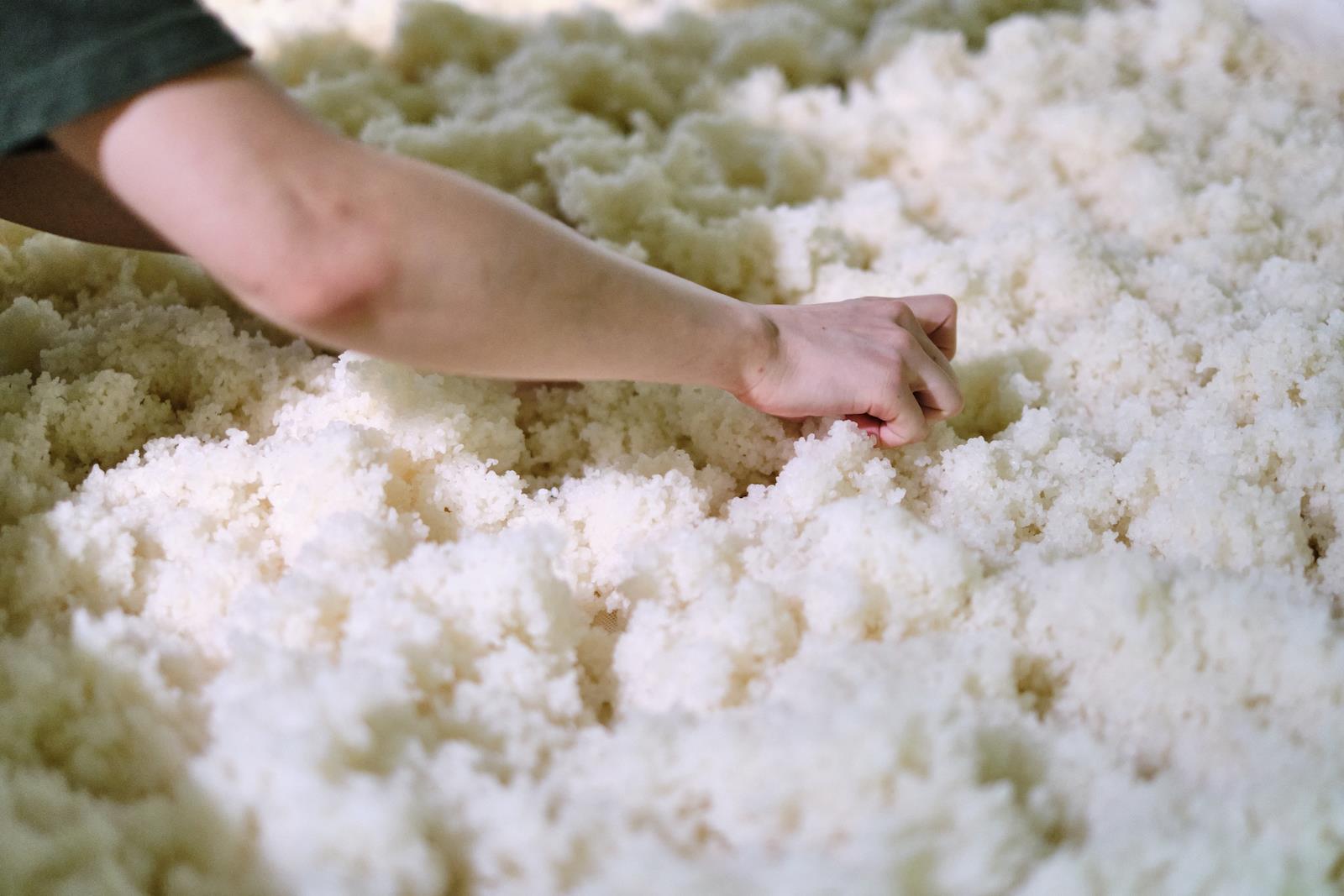 Those two regions alone are responsible for more than 40% of all the sake produced in Japan. As a result, in modern contexts they’re often referred to off-handedly as “home of the big boys,” but in such a deeply entrenched industry stretching back centuries, cementing that degree of presence doesn’t happen overnight. The fact that Hyogo and Kyoto were hotbeds of brewing innovation for hundreds of years, sorting out for the entire nation not only how to make great sake, but also how to get it to the people, established these regions as the power players that they are today.

It’s this rich history and cultural relevance embedded throughout the Kansai region that helps other regions to stand out, as well. It’s important to remember that the sake being crafted and praised throughout northeastern Japan isn’t just exceptional in terms of quality, it’s exceptionally unique in the context of what came before it and around it. What regions like Niigata, Akita, Fukushima, Yamagata and Tochigi have been able to accomplish in modern contexts is, in the backdrop of the world’s reexamination of quality in relation to its authenticity, now being proactively married with foundations established throughout Kansai over centuries. What you’re going to wind up with is better, more distinct and exceptional sake everywhere.

Should the Kansai region decide to collaboratively work to connect the dots for a future population of sake-curious, collectively the region has the evidence, authenticity, quality, relevance and spiritual significance to establish itself as a living microcosm of the sake experience. In the process, the entire sake-producing landscape will get the foundation and freedom it needs in order to flourish, both collectively, as well as each region individually on its own terms.

First, they just need a little nudge in the direction of home.