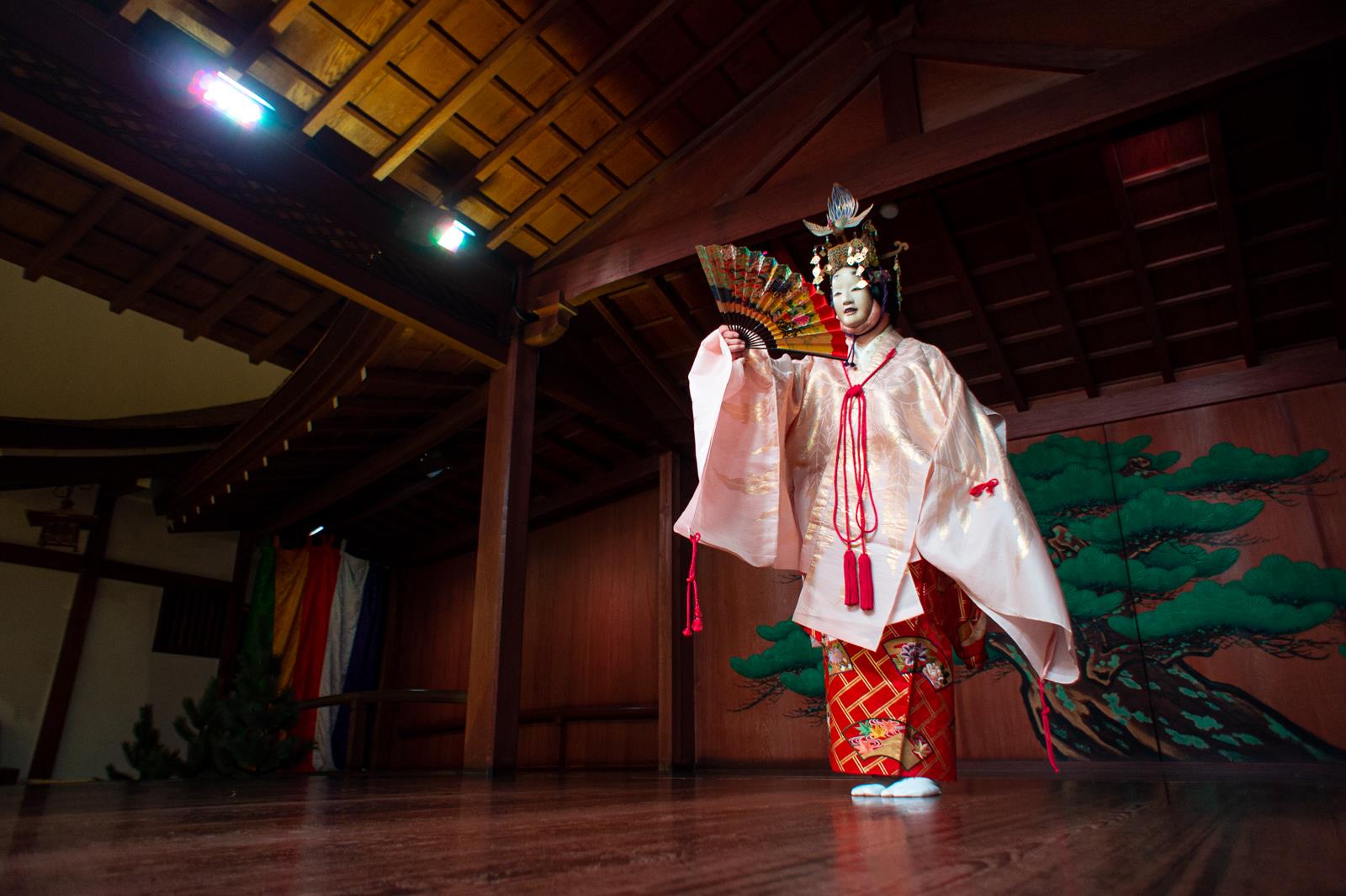 The Yamamoto Noh theater is located in the metropolis of Osaka.

A Noh theater that has existed for the past 93 years. Toyotomi Hideyoshi, the lord who built the Osaka Castle in the 16th century was a great admirer of the Noh. He liked it so much that he even took the stage himself. Thus, to prolong the pleasure as it was for the famous lord, this theater offers workshops and other introductions to traditional Japanese performing arts. 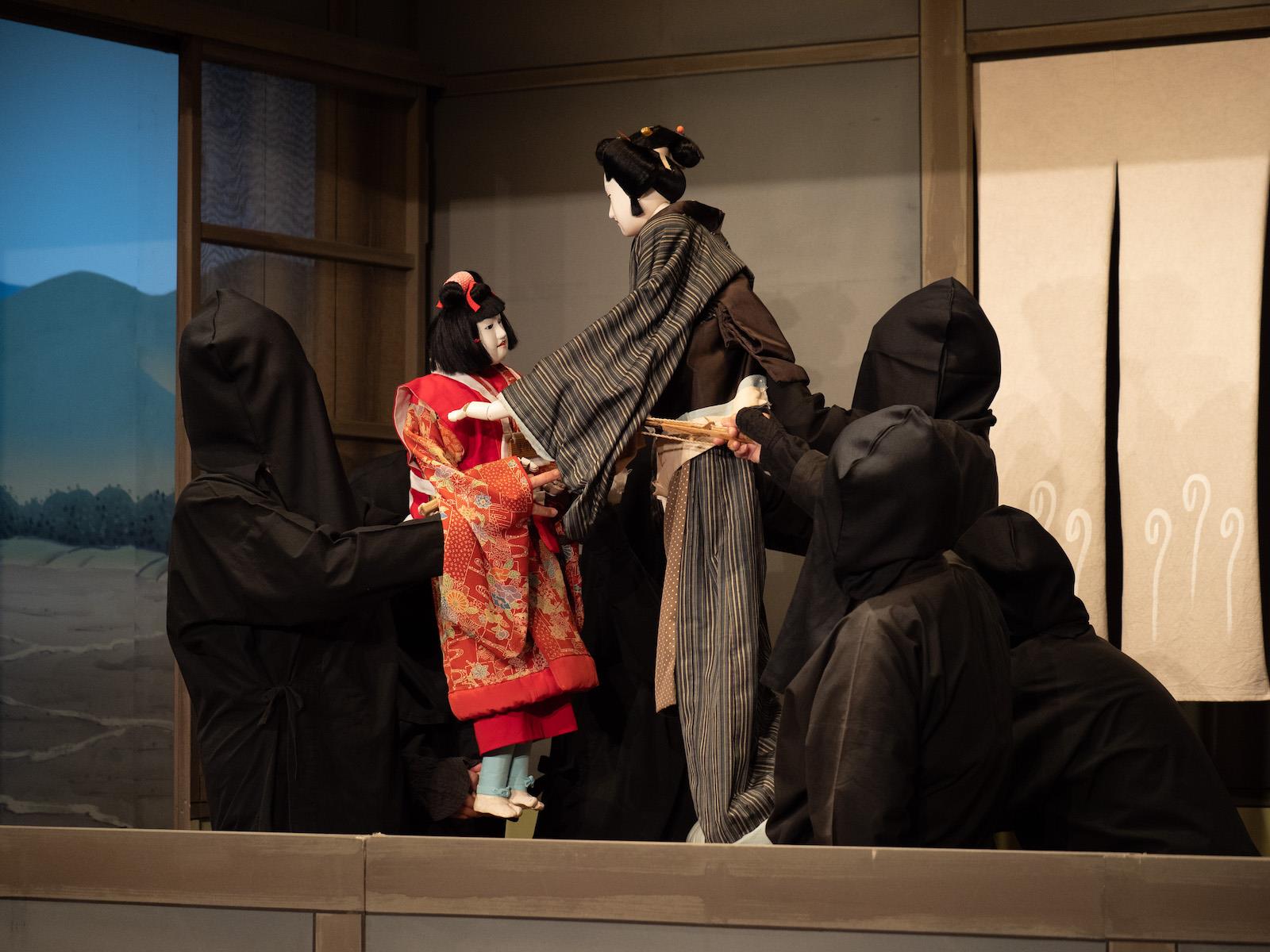 The life breathed into these inanimate bodies thanks to the skill of the manipulators is such an amazing experience. Even so they are visible on stage, their presence is very quickly forgotten when you get caught up into the game.

Every day, at the Awa Jurobe Yashiki Puppet Theater and Museum in Tokushima, it is possible to attend two performances of Joruri.

Indeed, this is particularly interesting to see the processes of doll making and the handling systems on site. The work behind each performance can this way be better appreciated. 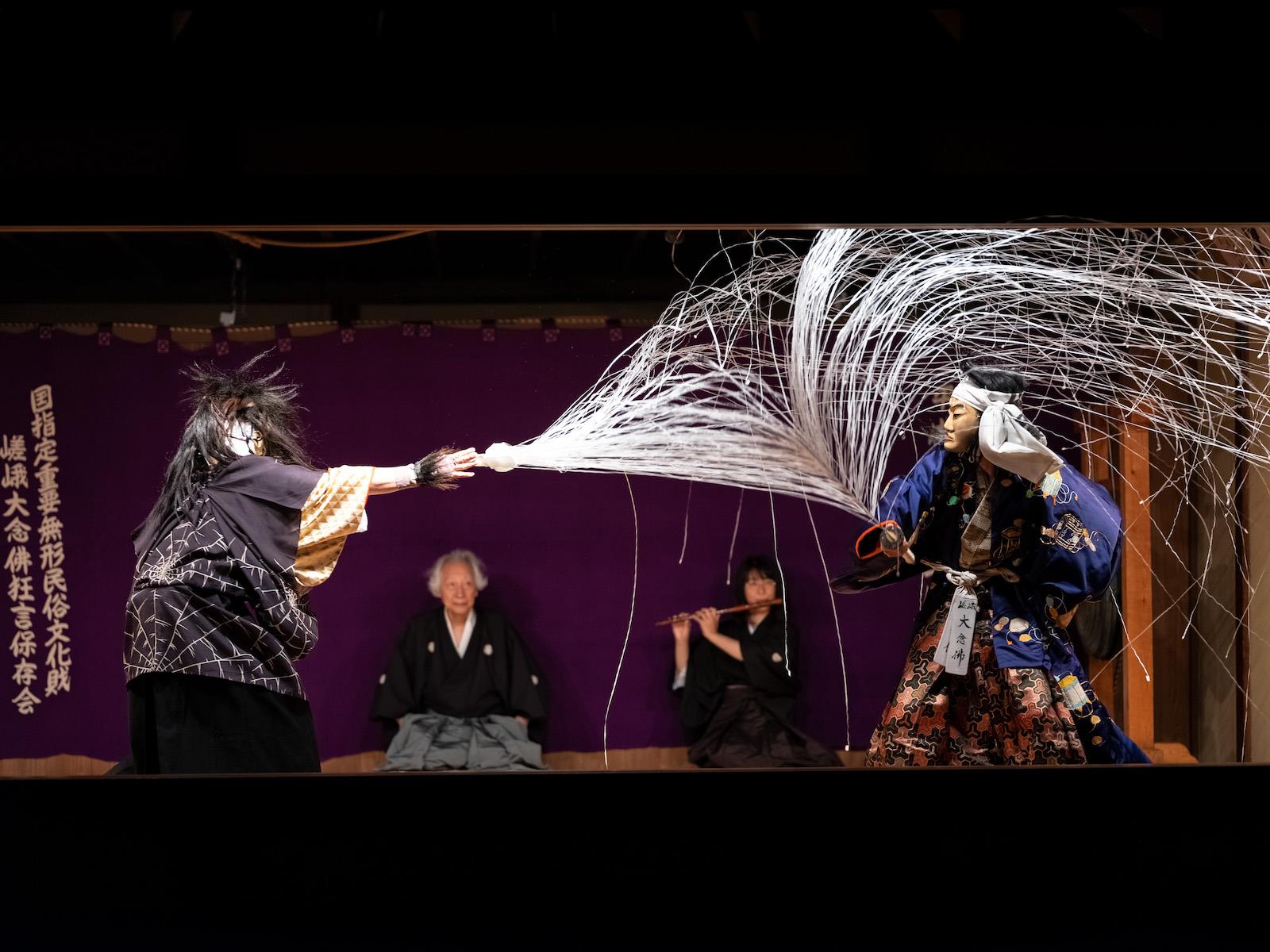 Whatever is the season, festivals set the rhythm of Japanese life as a true metronome. These typical and popular festivals, which bring together people no matter the age or social status and origins took place for the first time several centuries ago, are landmarks of the current year. They are special occasions for the local people or the inhabitants of the town to celebrate a tradition that keeps going through time. Sometimes it is a whole year of preparation and rehearsals that are necessary for the festival to be celebrated in the most safe and smooth conditions.

Among the most famous festivals in the country, the Gion Matsuri has a special place as it has taken place since 1200 years . The festival is held during the month of July and the whole city of Kyoto revolves in unison around these numerous celebrations. The highlight consists of a long procession of floats made of wood and ropes, entirely assembled by hand, decorated with the most beautiful ornaments from all over the world, and reaching a height of up to 25 metres. Beyond its appearance as a rolling gallery, it is above all a rite aimed at calming the deities responsible for the flooding of the Kamo River.

About the Tenjin Matsuri

Another major festival is the Tenjin matsuri that takes place around the nearby city of Osaka. Two days of festivities under the protection of the God of studies and arts, marked by a procession of 3000 costumed extras and 100 floats, part of the procession taking the Ogawa River under the glow of a great fireworks display that sets the sky on fire