A colourful summer Yukata. The clip-clop of wooden Geta sandals. Generation to generation, Japanese communities pass on a tradition unique to their home town.

Some years ago, I visited the Toba Islands; a small archipelago to the south east of Kansai, with a close friend. I have many fond memories of the local island customs here, with one particularly humbling moment still vivid in my mind.

Towards the end of the second day before our return ferry to the mainland, I stumbled on a secluded beach behind a small rustic neighbourhood, empty but for a makeshift old bench occupied by an elderly grandmother, well into her 80s with beside her. She was singing sweetly a traditional folk song to the young girl, and accompanied by the serene lull of the waves, and the orange hue of the lowering sunset, the scene was beautiful.

This was to me at once both transition and permanence. A baton handed from one generation to another, perfectly preserving long-held traditions. To stumble into such a moment, and feel no need to document such a wonderful event in anything other than my old notebook, attests to how much this window into the daily island life here affected me. Reading back my notes, I now come to realise this transition and permanence serves as the perfect metaphor for the small communities on these islands and wider rural Japan.

I learned that the song that the old woman was teaching was a chant commonly sung at the local festivals in the region. 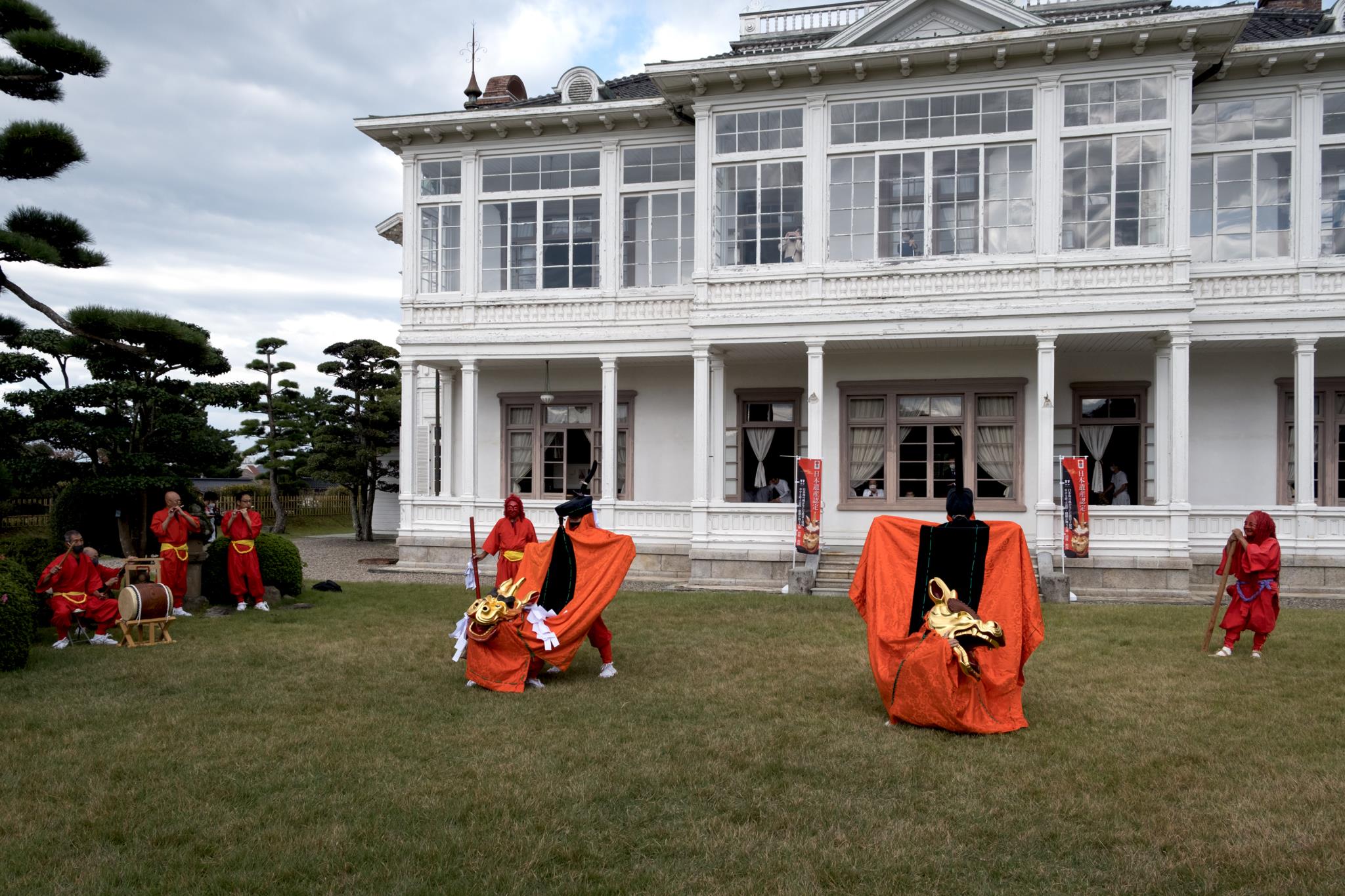 Some communities sail fiery lanterns down the streams beside their rice fields. Some carry heavy wooden structures through the busy streets of the city, crowded with spectators instead of the bicycles and cars typically passing. Others open their houses and their rare, historic treasures for passing visitors to enjoy. The array of temporary events to experience in Japan is world class and can initially seem overwhelming, but each offers an authentic and unique insight into the local culture of their region.

Matsuri is the Japanese word for festival, but the term has come to incorporate a broad range of different events, hosted throughout Japan, throughout the year. To understand the evolution of the Japanese festival to the present day, it is helpful to look at these events as three distinct types of celebration; from the traditional, to the transitional, to the modern interpretation. While by no means an exhaustive list, for each of these categories, I’d like to introduce some of the better-known and lesser-known Matsuri which offer a deeper understanding of, and a rare insight into, the traditions and evolving customs of local Japan.

The most common form of Matsuri is that of the traditional spiritual ceremony, generally sponsored by a local temple or shrine. Much like this local spiritual institution, the annual town or village Matsuri is a source of bonding and pride for the local townspeople and plays an important role in the community. True to the duality of being both a somber spiritual event and also a celebration, some are quiet and contemplative, others loud and lively, but most traditional Japanese Matsuri typically consist of a number of key elements:

Mikoshi Shrine - A sacred palanquin, or portable shrine, carried on the participants shoulders to transport the deity of the hosting Shrine to its temporary home during the event.

Kakegoe chanting - A group of volunteers carry the Mikoshi on their shoulders, and can typically be heard chanting the phrase Wasshoi while transporting the extremely heavy object. The chant is instantly recognizable, and builds the tension and excitement of the event.

Dashi (and Yatai)- These are the main kind of festival float on show at Matsuri, pulled along the parade route with ropes. It is common for participants to sit atop certain Dashi floats, which are sometimes adorned with elegant accoutrements such as lanterns or dolls.

Yatai (the other form) -another core staple of traditional Matsuri are mobile food stalls or carts, where merchants offer snacks, drinks and entertainment for children.