An ancient court dance that was originally introduced from China, but eventually lost. The elegant Hotokemai lives on at Matsunoo-dera Temple.

During the mid-Heian Period (794 - 1185), Matsunoo-dera Temple became a sacred place of Kannon, continuing to attract many believers as the 29th of 33 temples on the Saikoku Kannon Pilgrimage, and it is here that the elegant Hotokemai (Buddha Dance) has been performed continuously since ancient times. Matsunoo-dera Temple is famous for its beginnings when a Tang Dynasty monk called Iko Shonin built a thatched hut in the year 708 located on the side of Mt. Aobasan. This mountain, situated on the borders of Kyoto and Fukui prefectures and commonly referred to as the Mt. Fuji of Wakasa, overlooks the Wakasa Bay Quasi-National Park.

A ritual that celebrates the birth of the Buddha has been carried on continuously since ancient times at this quiet mountain temple overlooking the Sea of Japan.

Matsunoo-dera Temple has been damaged by severe fires many times. The stately Nio-mon guardian gate was built during the mid-Edo Period in 1767.

“Matsunoo-dera no Hotokemai” is performed during the Buddha’s Birthday (Flower Festival) ritual. It is thought that this dance was introduced to Japan from the Tang Dynasty during the Nara Period, and was originally performed at large temples; however from there it was eventually transmitted to the provinces. Legend has it that the Hotokemai began at Matsunoo-dera Temple nearly 600 years ago, however, detailed records were lost in fires so the specifics are unknown. An inscription on a box for storing masks of the Buddha from 1725, along with records written during the mid-Edo Period, confirm that the dance was performed during the 18th century. From this evidence, it is thought that this art has been rooted in the area for at least 300 years.

Because the Hotokemai has disappeared from other areas, and because it serves as a precious record of the Buddha’s Birthday ritual in ancient times, it was designated as a nationally Important Intangible Folk Cultural Property in 2004.
The Hotokemai was previously performed in April according to the old calendar, however, ever since the Meiji Period, it has been performed on May 8th of the new calendar.

A tradition carried on by the local preservation society. Six people dressed as the Buddha gracefully perform a dance in time to the tunes of ancient, traditional Japanese court music.

The Hotokemai consists of the Buddha performers first facing the center while dancing, then facing outwards while dancing, and then going around the stage while changing positions.

The Hotokemai takes place on a special stage covered in a tatami mat trimmed with fabric. The stage is placed in front of the inner section of the temple where the dais for the Buddha statue is located.
On May 8, after a memorial service is carried out by monks from a neighboring Shingon Buddhist temple, Japanese court musicians and six dancers appear. The dancers all wear golden masks and crowns designed to look like halos. The dancers represent the three forms of the Buddha; Shaka Nyorai, Dainichi Nyorai, and Amida Nyorai. Each of the three faces each other in front of the dais, make symbolic signs with their hands, and hit a gong, performing a gentle dance in time with the accompanying court music.
In ancient times, the monks of Matsunoo-dera Temple played the music and performed this dance, however, a decrease in monk residences has led to the families living nearby the temple taking up the tradition instead. The people in charge of playing the part of the Buddha, and the instruments such as the hichiriki and ryuteki, were decided among the families, with the eldest son carrying on the tradition. Nowadays, local people mainly living in the Matsuo area participate, and the tradition is carried on by the Hotokemai Preservation Society.
The songs performed at the Hotokemai are the Etenraku and Goshoraku, however, because they are different from the currently known songs, they are precious historical elements that offer clues to understanding lost Japanese court music pieces.

Gorgeous views of dynamic nature, and the bounty of the land and sea. Savor the taste of the simple yet rich lives of people living in tune with nature.

The Red Brick Park consists of five of twelve brick warehouses repurposed as a base for sightseeing in Maizuru.

Matsunoo-dera Temple is located in Maizuru, which is known as “Kyoto by the Sea” because it faces the Sea of Japan. In western Maizuru visitors can find Tanabe Castle (also known as Bukaku Castle, which in Japanese can be read as “Maizuru Castle”) which was built by Hosokawa Yusai, a feudal warlord. This area is also home to old-fashioned scenery such as merchant houses and white walled warehouses, and is a fishing town with many prosperous fishing grounds.
The eastern part of Maizuru is home to nostalgic scenery such as the port and groups of old red brick warehouses. Head out a bit further to see San'in Kaigan Geopark, where the rias coastline stretches from Kyogamisaki Cape in Kyotango to the Hakuto Coast, Hamamura Coast, and Aoya in Tottori City, and Amanohashidate, home to one of Japan’s three most famous scenic views.
One of the best parts of the area is enjoying the bounty of the sea and land, including brands of crabs such as Maizuru Crab® and Taiza Crab®, Japanese amberjack, and Spanish mackerel caught in Kyoto, as well as chestnuts, mushrooms, and matsutake mushrooms grown in Kyotango.
Come experience the rich life and culture created by people living among the harshness of nature in a place that is completely different than urban Kyoto and its atmosphere of the dynasties of times past. 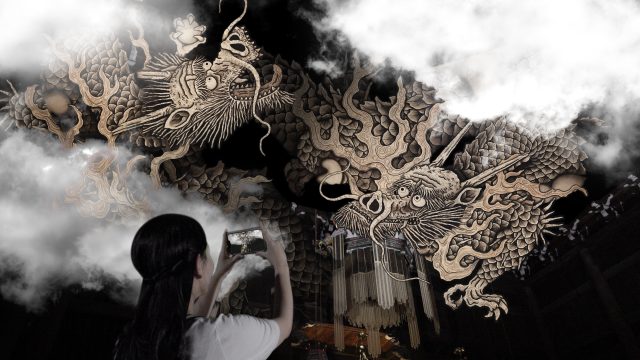