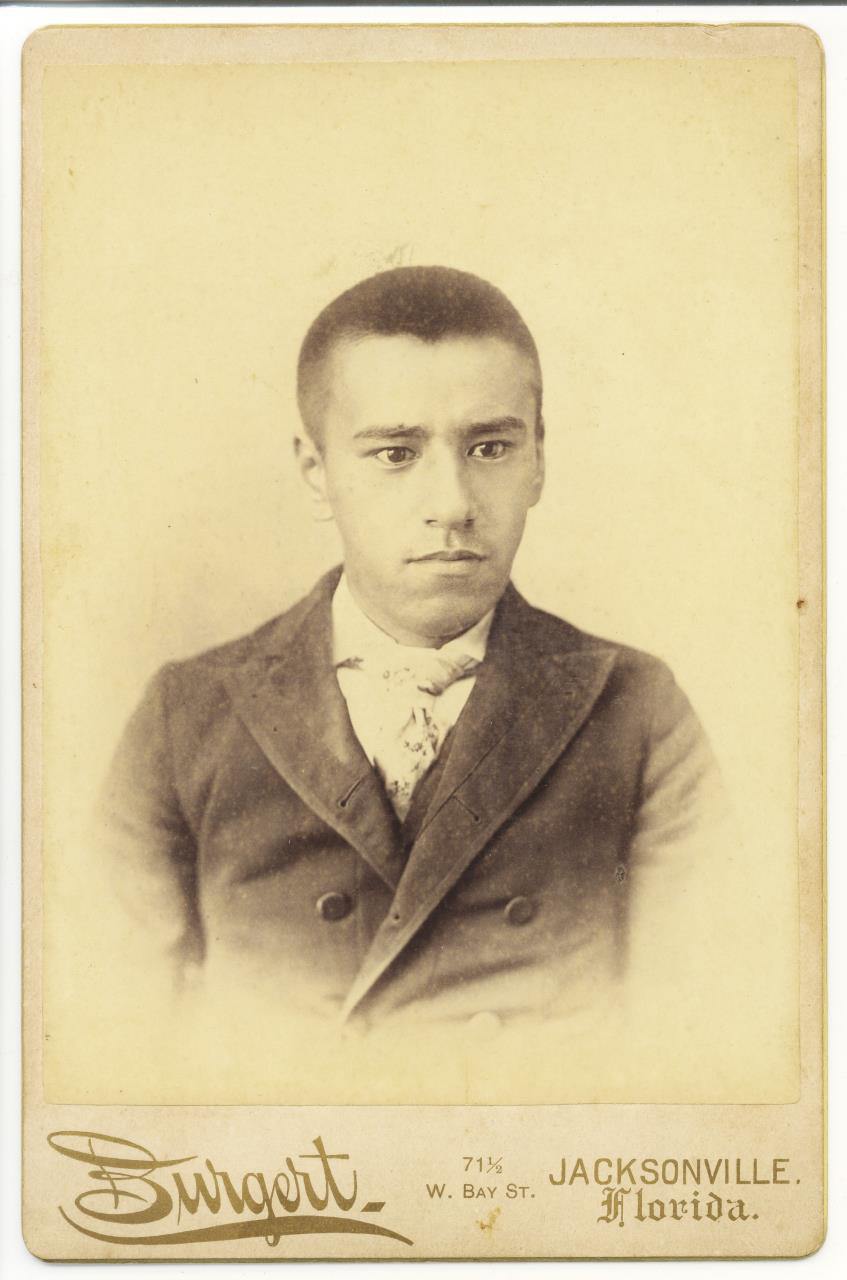 Minakata Kumagusu—A man of extraordinary talents, who devoted his life to the protection of forests that support a myriad of biodiverse life forms

The outstanding and renowned naturalist, Minakata Kumagusu, was fascinated by slime molds. These entities move about freely in moist conditions while changing their shape like amoebas, propagating themselves in dry conditions by releasing countless spores while retaining their mushroom-like shape. He was so captivated by these tiny organisms, which could be classified as either a plant or animal, that he devoted his life to studying them and to developing the world’s most extensive collection of mycetozoan, numbering 4,500 specimens. He was also known to have been quite heavily involved in the study and protection of the rich and natural environment of forests on the Kii Peninsula, which made him a true ecologist and signature icon of this area.

Kumagusu was born in 1867 in Wakayama City, a western part of the Kii Peninsula. The first part of his first name “Kuma” was taken from Kumano, an area in the southern part of the peninsula worshipped by the locals, and the second part “Kusu (sound changes to “gusu”)” from the old Kusunoki (camphor tree), which stood proudly in Fujishiro Shrine, located near his birthplace. Therefore, from the moment he was born, his life was closely connected to the Kii Peninsula.

When Kumagusu was a child, he spent many days busily exploring the fields and mountains near his home, and meticulously copying all the pictures from a plant encyclopedia. When he grew up, he entered Japan’s top university in Tokyo. However, the style of learning he encountered there was too uninspiring for a person like him, who memorized every part of an encyclopedia at a very young age, and he dedicated himself instead to the collection of different specimens of animals, plants and minerals.

Following this, he traveled to the U.S. to seek academic inspiration, but again he failed to find satisfaction there, and ended up teaching himself natural science and philosophy from books. It was when he moved to the U.K., however, that he first gained a degree of fame for his extensive knowledge in a variety of areas. He had an article titled “The Constellations of the Far East,” published in the British Science magazine Nature, and thereafter contributed a number of articles on various topics, including some on fungi, while visiting the British Museum regularly to study. As a consequence of reading such a wide range of research materials, by the time he left the U.K., he was able to use around ７-８ languages. 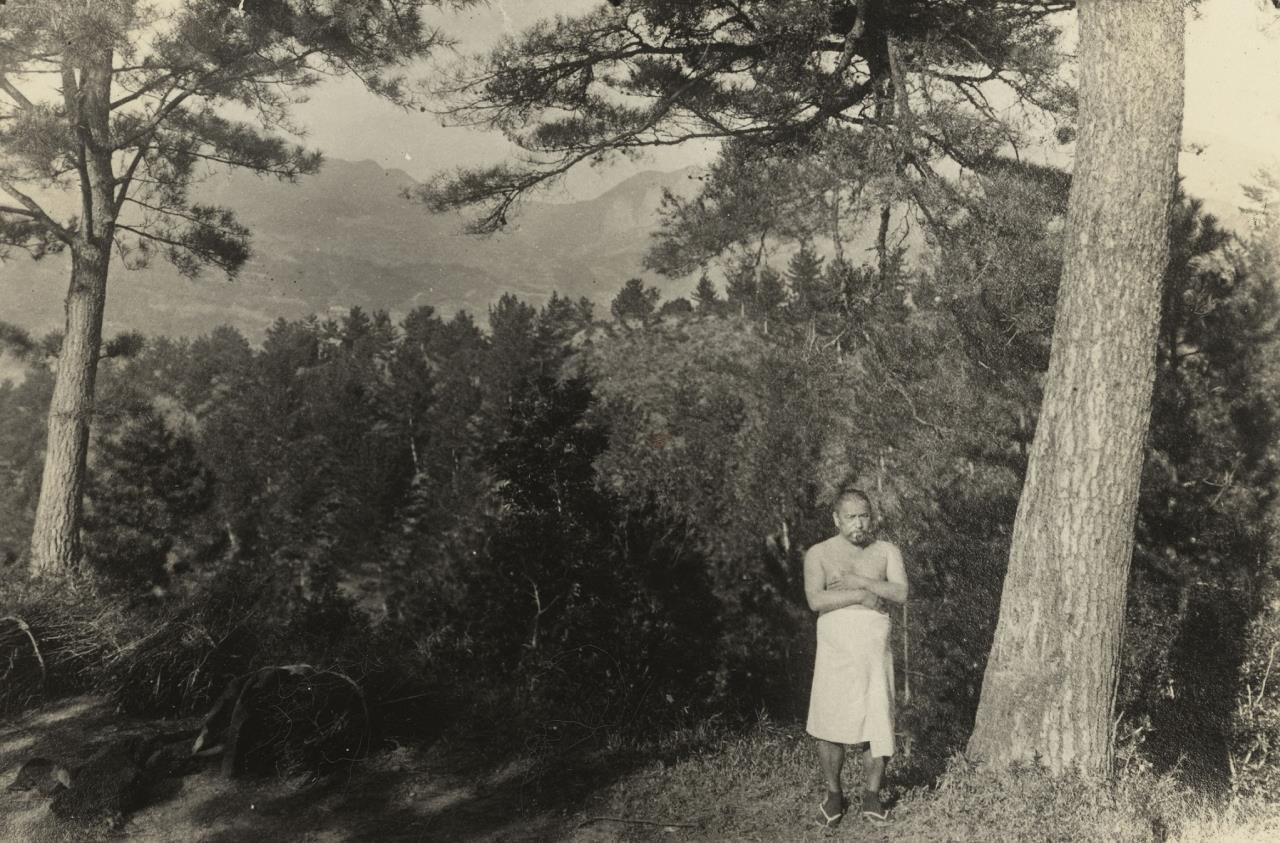 After returning to Japan, he went to Nachi in the Kumano region. As this area was located in the midst of a range of 1,000m-class mountains, boasting a rich and diverse ecosystem, Kumagusu was completely in his element exploring the forests and immersing himself in the study of a wide range of organisms there. Kumano is well known as a place of worship, with three famous shrines: Kumano Hongu Taisha, Kumano Hayatama Jinja, and Kumano Nachi Taisha. They attract a number of visitors from all around Japan, who visit to pray for a happy life after death.

Kumagusu was drawn to slime molds so comprehensively, not really out of academic interest, but from his insights into the truth of the universe inspired by these tiny examples of existence with an inextricable oppositeness between stasis and dynamics, and life and death. Kumano was the perfect place for him to explore more deeply the natural law of “Panta rhei (meaning ‘everything flows’)”, a concept in philosophy.

In 1904, Kumagusu went to Tanabe Town, and thereafter decided to settle there. His favorite places locally were shrine forests, which were ideal for slime molds to live in due to the moist environment. In 1906, the government introduced the Shrine Consolidation Policy in which many smaller Shinto shrines nationwide were abolished in order to reduce the number of shrines to only one in each town or village. Kumagusu was strongly against this because it meant depriving many precious lives of their habitats. Eventually, the number of shrines was decreased to around 400from over 5,800 in Wakayama Prefecture.

Kumagusu put his passion for research aside to devote himself fully to the fight against the policy, contributing his opinions to newspapers to appeal to the government. He even used the term “ecology” at that time, which is quite surprising to us now, but shows us what a far-sighted visionary he actually was. However, it was not until 1918, 10 years after he started the battle, when the government finally terminated the policy. Along the Nakahechi Road between Tanabe and Kumano Hongu Shrine, you can still find nine massive cedar trees, called Nonaka Ippo-sugi. Kumagusu is credited with saving these trees just before they were due to be felled when two shrines (Tsugizakura Oji Shrine and Chicatsuyu Oji Shrine) were merged. However, it is believed that full of regret for failing to save all the cedar trees in the area, he shaved his head and cut off all connections to society.

During his later life in Tanabe, he spent every day collecting plants. He was particularly fond of the Cape Tenjinzaki area on the coast, and insisted on conservation of the area as a scenic spot. After his death, when a plan to develop the area was proposed, local people decided to raise the necessary funds to purchase the land in order to protect the natural environment there. This simple action actually turned into the first National Trust movement in Japan. 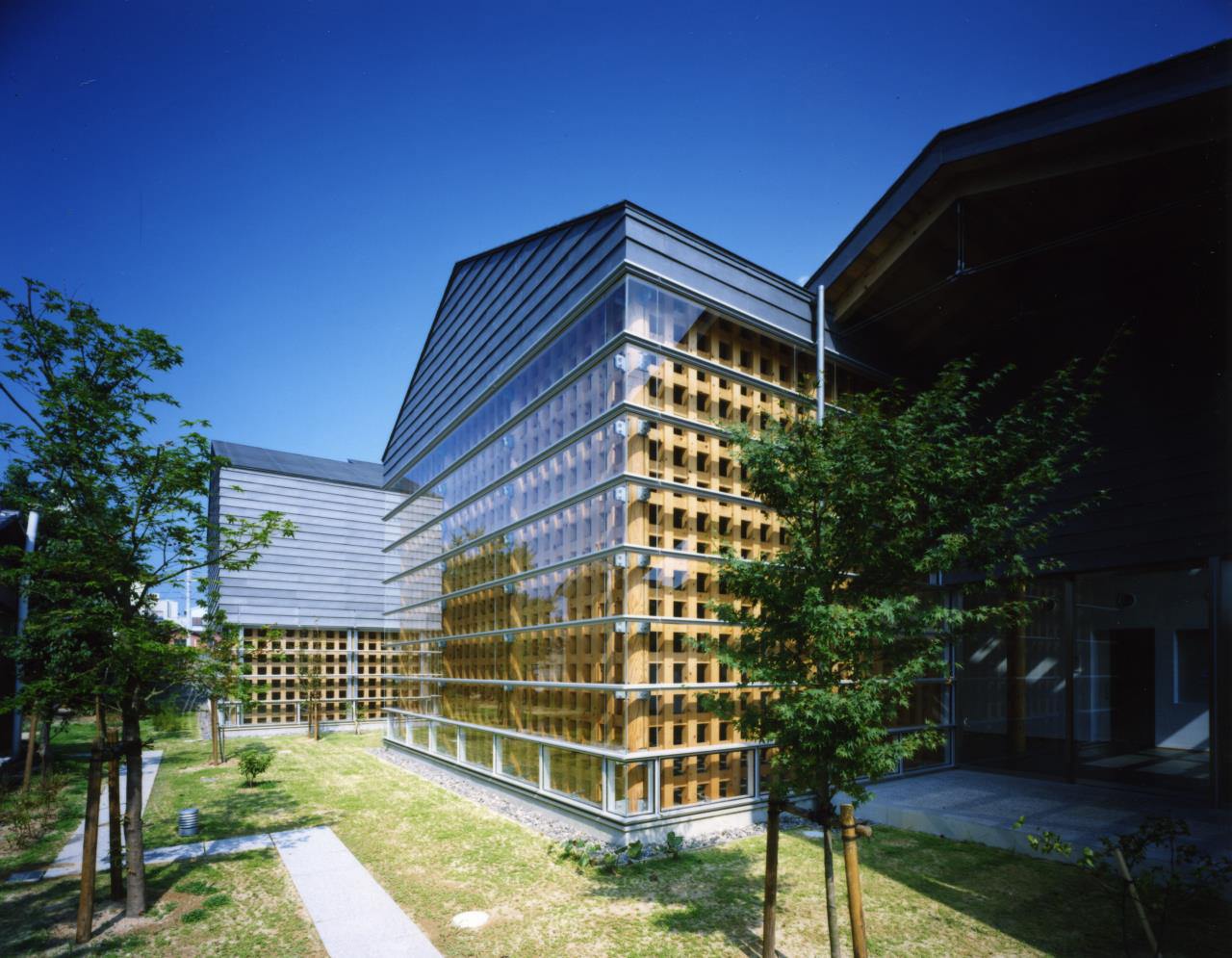 The Minakata Kumagusu Archives, located next to his residence in Tanabe, is a place to learn about his life from a variety of documents and reference materials. In Banshoyama Park in Shirahama Town, there is also the Minakata Kumagusu Museum that displays a number of items, including his specimens and personal effects, and this park was actually one of his favorite spots for collecting plants. Kumagusu has been, and will always be, remembered for his amazingly extensive knowledge, extraordinary curiosity, unequalled inquisitive spirit, and a tenacity that places him above all others.

All photos are from The Minakata Kumagusu Archives (Tanabe City).