The Kansai region is a sacred place for Japanese spiritual culture, and Kansai is full of genuine hospitality. We tried to extract various themes and put them together in columns under the title of "Spiritual KANSAI". In this blog series, we will introduce these columns in order. The 14th in the series is " History and value of Shugendo". (The following text is quoted from the Spiritual KANSAI column page (https://kansaiguide.jp/rt/eng/column/) of this site)

History and value of Shugendo

The heat of the flames, the beat of the Taiko drums, the ethereal chanting. Then the hiking.

I vividly remember my first experience of Shugendō many years ago in eastern Kansai, in the mountains of Mie prefecture. I was invited by a practitioner of the aesthetic religion to overnight at a remarkably elaborate thatched-roof inn he operated, and participate in an emotive fire chanting ceremony before being escorted into the nearby mountains to undertake a gruelling hike along a precariously steep and sparsely maintained hiking path open only to the mountain monks and those who they accompany. Despite to this day considering myself agnostic to all forms of faith, the experience left me with a profound appreciation for the livelihood of mountain priests in rural Japan, together with a deeper understanding of the discipline and perseverance in wider Japanese society.
Shugendō is a syncretic religion, harmoniously combining elements of pre-Buddhist mountain worship, regional folk-religious practices, as well as Shintoism, Taoism and Vajrayana. The doctrine follows the belief in attaining spiritual wisdom through training and discipline, in the form of mountain worship. In Shugendō and many of the religions practiced in Japan, mountains, and caves and valleys in particular, are revered as sacred areas where the spirits of those departed reside. A form of transitional gateway between this world and the next, making them a source of power in the religion.
The faith emerged during the Heian period (794-1185), a golden age of cultural enlightenment in Japanese history in which both the novel and haiku poems also became commonplace. The religion gradually grew in popularity until the Meiji era (1868 - 1912), where the government explicitly segregated Shintoism and Buddhism, thereby rendering the Shugendō belief system, which was an amalgamation of those and other religions, incompatible with the law of the time. It was officially banned in 1872, resulting in many important cultural artifacts of the religion being destroyed. It wasn't until the end of World War II and the advent of religious freedoms, where the Shugendō religion was revived in Japan and it continues to live on today, albeit in a more modest capacity.
Shugendō practices are distinct from those of other religions in Japan in their intensity. Practitioners, known as Yamabushi, are mountain priests who undergo rigorous training and strict diets in the pursuit of enlightenment. The challenges of the monks are sometimes referred to as 'Mountain Austerities', each of which comprises three key elements; the mountain as a sacred area, the Yamabushi, who have the potential to ascend into a sacred being (to literally become a Buddha in their own body), and finally the mystic training on the mountain, the process by which the practitioner attains ascension. Originally, the process of these austerities consisted of the monks entering the mountains in Autumn, secluding themselves in caves, and throughout winter continually dousing themselves in freezing cold water while fasting for long periods at a time. Through continual daily prayer, the monks would emerge from the mountains the following Spring, sometimes having experienced visions during their stays away. More recently, Shugendō training has come to encompass all four seasons, and a wider range of austerities. Yamabushi priests train in various locations throughout Japan; with Kansai, in central Japan considered one of the main regions for active training.

Heading south along the Kii Peninsula, the largest cape in all of mainland Japan, and due south of Osaka and Kyoto, lies a complex series of pilgrimage trails collectively as the Kumano Kodo pilgrimage. The trails, while varied, can at times be appropriately punishing. These routes form not only the basic training of the Shugendō mountain monks, but also link the most important spiritual monuments of the region; the temple-top mountain complex of Mount Koya (also known as Koya-san) located close to Osaka, emotive Ise-jingu to the east, Kumano Hongu Taisha in the heart of the Kii-Peninsula, and Hayatama Taisha and Nachi Taisha shrines to the south-east. For those with even a passing interest in the remarkable architectural achievements, all five should be essential locations while traveling in Japan. Based on the cultural and historical significance of the routes, in July 2004 the Kumano Kodo pilgrimage trails were designated a UNESCO World Heritage site as part of the “Sacred Sites and Pilgrimage Routes in the Kii Mountain Range”.
Through this designation, wider awareness and increased ease of access, a number of the Kumano Kodo sections are today increasingly undertaken by both non-religious visitors and pilgrims alike. Heading north to south, the Kohechi trail connects Mount Koya to Hongu Taisha, over a number of breath-taking mountain passes. Likewise, the Nakahechi, which heads east toward Hongu Taisha and eventually Nachi Taisha and Hayatama Taisha on the eastern coastline, also affords spectacular mountain scenery. Finally, the Ise-ji route, featuring the oldest remaining sections of the trail, links Nachi Taisha and Hayatama Taisha to Ise Jingu further north, while skirting the eastern coastline with beautiful views of the Pacific Ocean.

All three trails retain sections of the original forested walks, making for excellent natural, spiritual hiking. All of the routes have also developed small local economies around the pilgrimage, enabling visitors to take in comfortable family-run inns and Onsen hot springs as they travel, both of which are very welcome after hikes of up to 15 to 20km each day. However, for me the real highlight of the Kumano region is the hospitality and kindness of the people, both in local businesses, but also in the curious residents who are always more than willing to lend a hand to those pilgrims who have lost their way or are in need of a drink of water.
The Kumano Kodo has become better known outside of Japan in recent years, and in 2015, as one of only two worldwide UNESCO pilgrimage trails, officially started a joint pilgrim certification process with the Camino de Santiago (The Way of St James), the other pilgrimage, which is a network of routes in Spain and France in Western Europe.
In addition to offering authentic cultural experiences, visitors learn both about the welcoming kindness of locals in rural Japan, but I would also suggest that such hiking affords an insight into a fundamental tenet of wider Japanese society; that Shugendō shares parallels with what is perceived to be one of Japan's positive natural characteristics, the act of Nintairyoku; or the concept of self-betterment through practice. This is true of school clubs, which students and teachers undertake into the evenings five to six days a week. This is true of the Japanese office workers working long hours. In Japan, it is commonplace to be very good at just one hobby. Likewise, in setting the goal of undertaking a section of Kumano Kodo pilgrimage, the sense of achievement at arriving at one of the important spiritual monuments of the region, whether that be Nachi Taisha shrine and waterfall, the emotive temples atop Mount Koya, or the iconic parade up to Ise Jingu, is a truly unique and rewarding feeling.

While unsuitable for most hikers (and controversially, to this day, off-limits to women), perhaps the most demanding of the routes in this region is the trail climbing Mount Ōmine in Nara. At the very summit of the mountain is the monastery Ōminesanji, the founding temple and present headquarters of the Shugendō sect. The area is one of the most common training locations for modern pilgrims and along this mountain range, Yamabushi undertake three challenging and dangerous austerities:
The Kane Kake Iwa challenge: Atop a 30-foot climb, a rock juts out over the valley below. To ascend to the summit, the priests must use an attached length of chain to first swing underneath the rock and then ascend the chain to the top.
The Nishi no Nozoki challenge: From a 60m cliff jutting out, junior priests are held out, head-first over the edge and must atone for their faults in this position.
The Byodo Iwa challenge: Yamabushi must climb up a sheer rock tower over a deep precipice.
These practices reveal the daily struggles the monks face in pursuit of ascension, but I think back to my time hiking with the Yamabushi priests fondly. As the rain fell and I drew heavier breaths at the steep ascents required to climb the mountain, I took strength from the unwavering commitment the monks must give each day. While I was infrequently taking breaks to draw breath, the Yamabushi stopped only to blow their elaborate, beautiful conch shells. Their energy and unrelenting commitment motivated me to continue.
In recent years, with dwindling numbers of Yamabushi priests and indeed innkeepers in rural Japan, I believe visitors to regions like Kumano stand not only to attain a deep experience and understanding of Japanese culture during their time here, but also offer a sustainable path forward to support these cultures to continue. It is a delicate balance in offering an authentic form of such experiences, in a safe and responsible way, that is mutually beneficial for everyone. 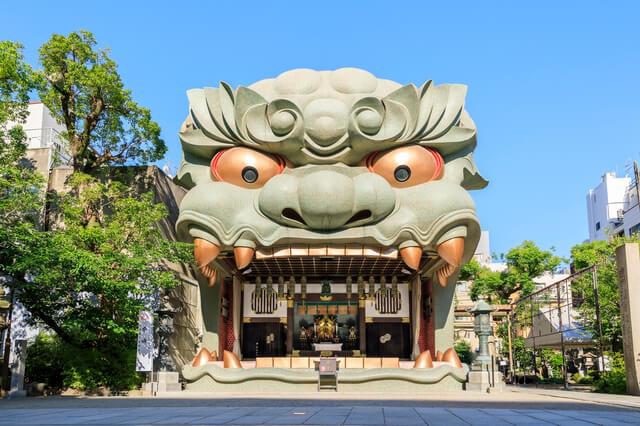