The highlight is the Kangen-bune ritual, a boat procession between rows of lanterns

The Uneme Festival is an annual event at Uneme-jinja Shrine, a subordinate shrine of Kasuga Taisha Grand Shrine. It is a traditional event in Nara City with a history of approximately 600 years. The Yoimiya-matsuri and Hon-matsuri celebrations take place around the night of the harvest moon. The festival comprises the Yoimiya-matsuri, a votive procession of flower fans, a votive flower fans ritual, and a Kangen-bune boat ritual. The highlight is the otherworldly atmosphere created at night by the last of these rites when the pond, illuminated by lanterns, is circled by two dragon-shaped boats.

Uneme-jinja Shrine: During the Nara period, uneme was a term indicating a female courtier who attended to the emperor in the inner palace. One such uneme, lamenting that she had fallen out of favor with the emperor, threw herself into Sarusawa-ike Pond. Yamato Monogatari, a work written in the middle of the Heian period, states that Uneme-jinja Shrine was constructed in order to console her spirit. 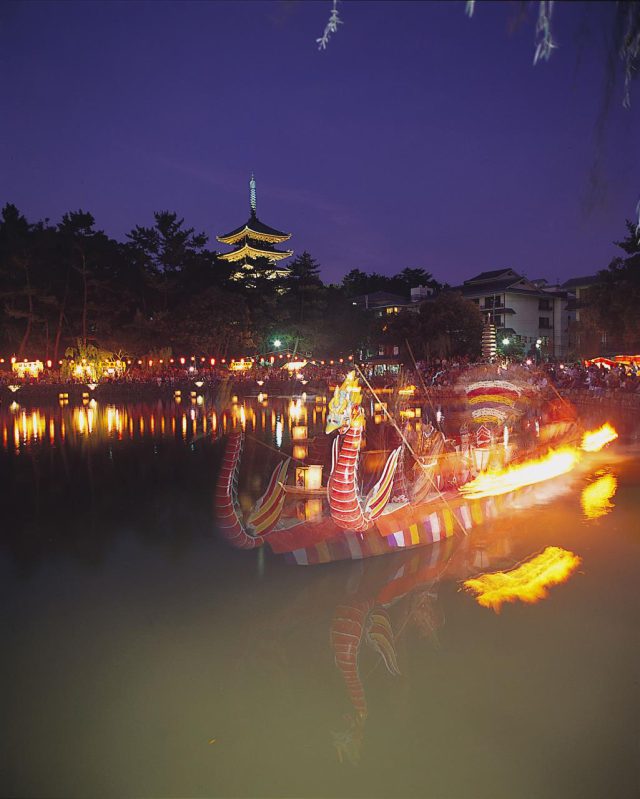 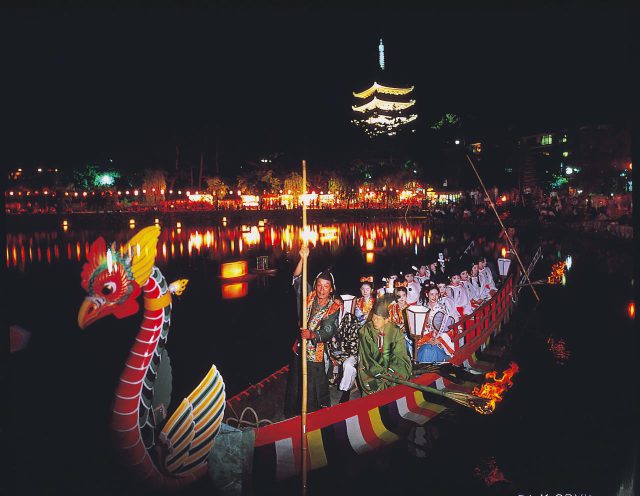 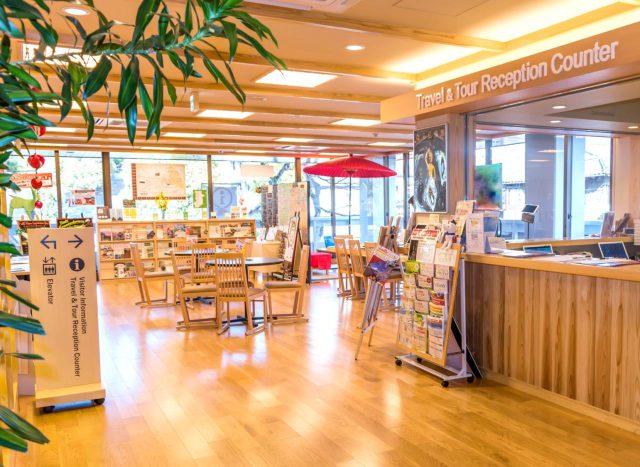 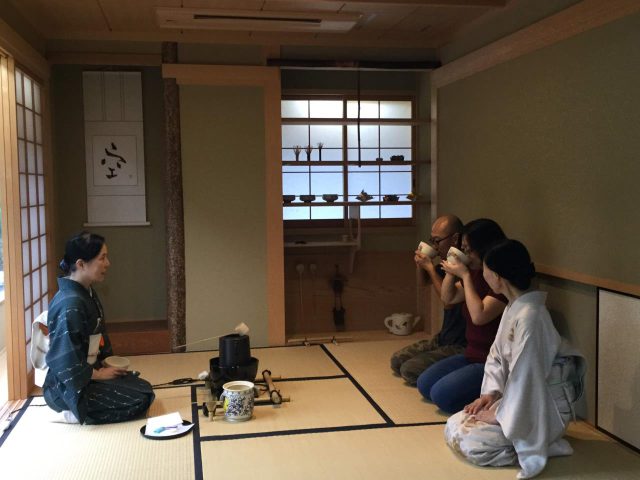 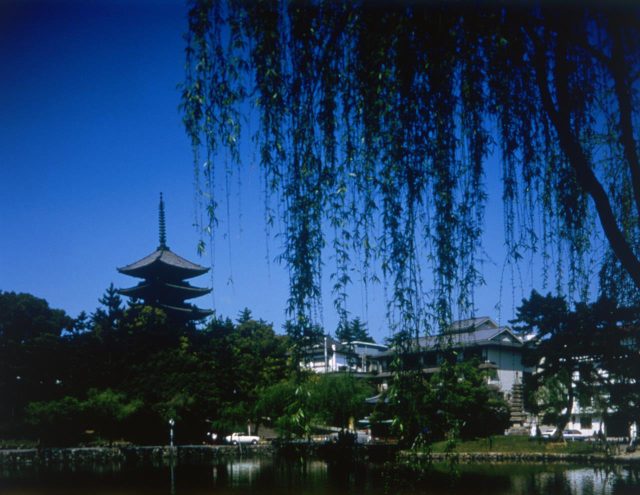 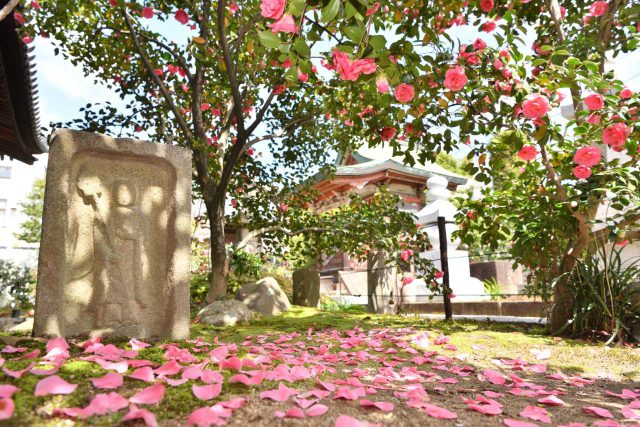 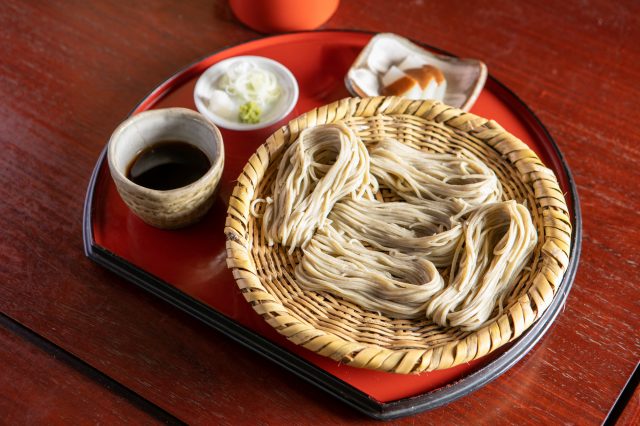 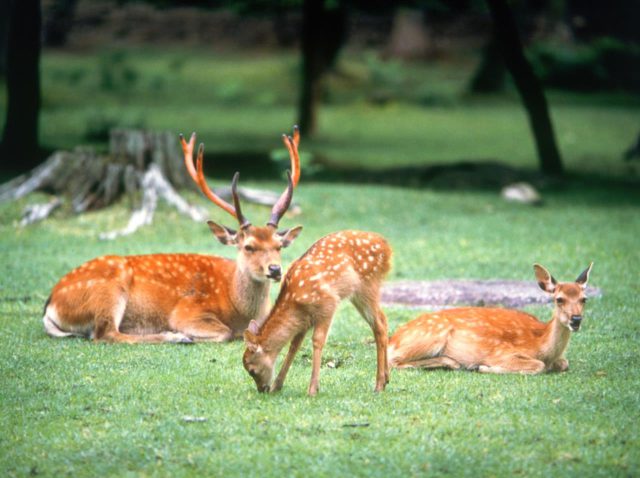 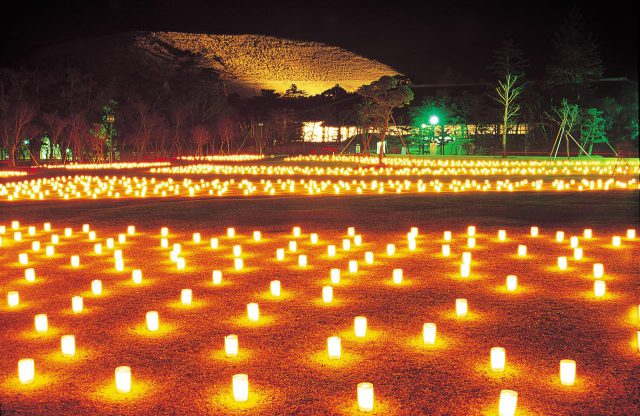