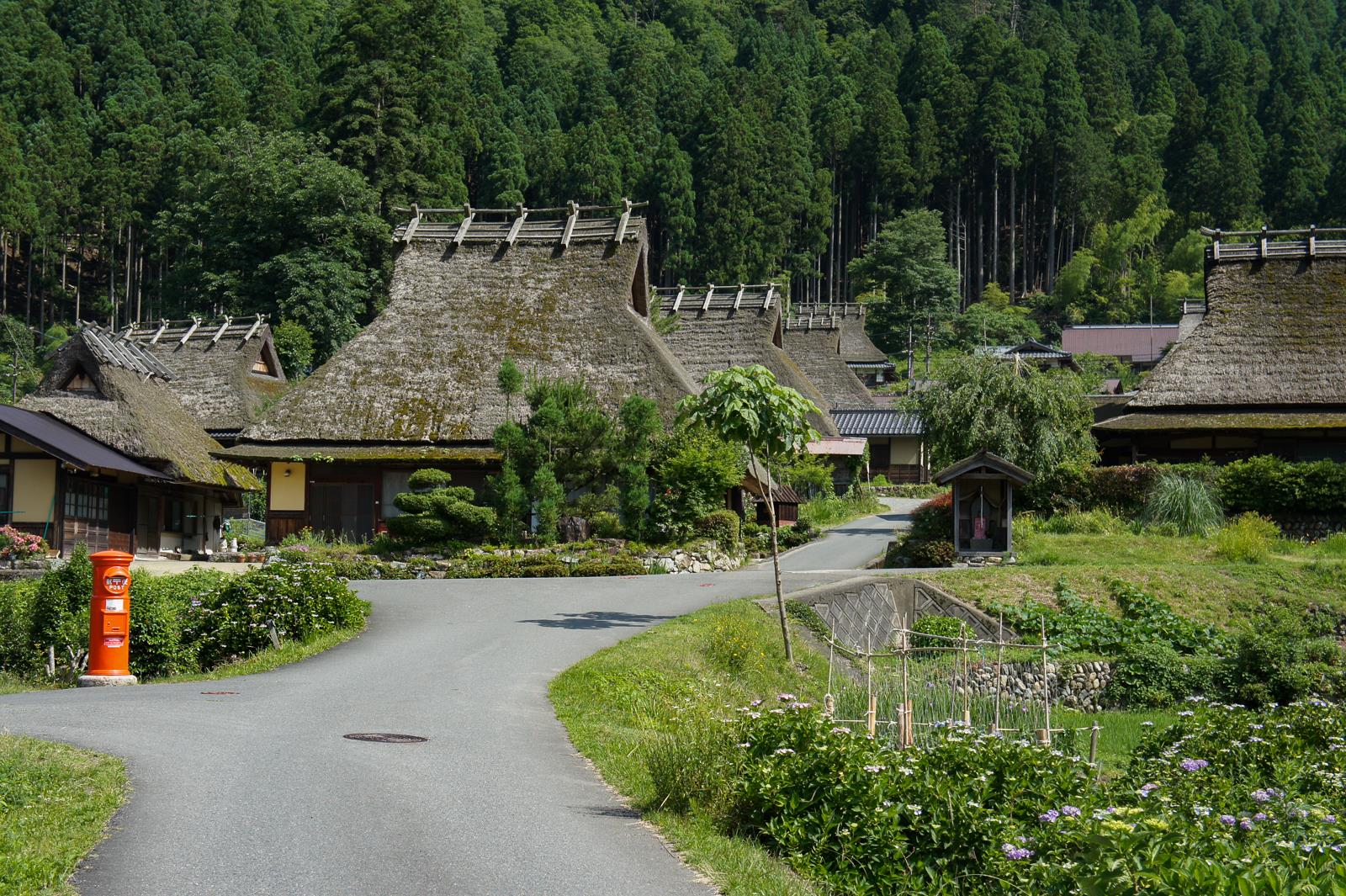 Living in harmony with nature, without going against it, this is perhaps how the kominka, the old traditional Japanese houses, are conceived. Indeed, with regular earthquakes, Japanese people have understood that the telluric forces that shake buildings must be accepted instead of trying to block it. This is the reason why kominka have no foundation and stick on the ground, to move when the earth trembles.

When you enter into these sophisticated houses, the boundary between inside and outside is palpable.

In fact, this is like an extension of nature that can not be appreciated around European counterparts. The materials still enjoy their original character, the wood has a colour and a typical smell. The tatami smells like straw, the walls of washi paper delicately diffuse light through. It feels good.

The Residence of the Kawamoto family 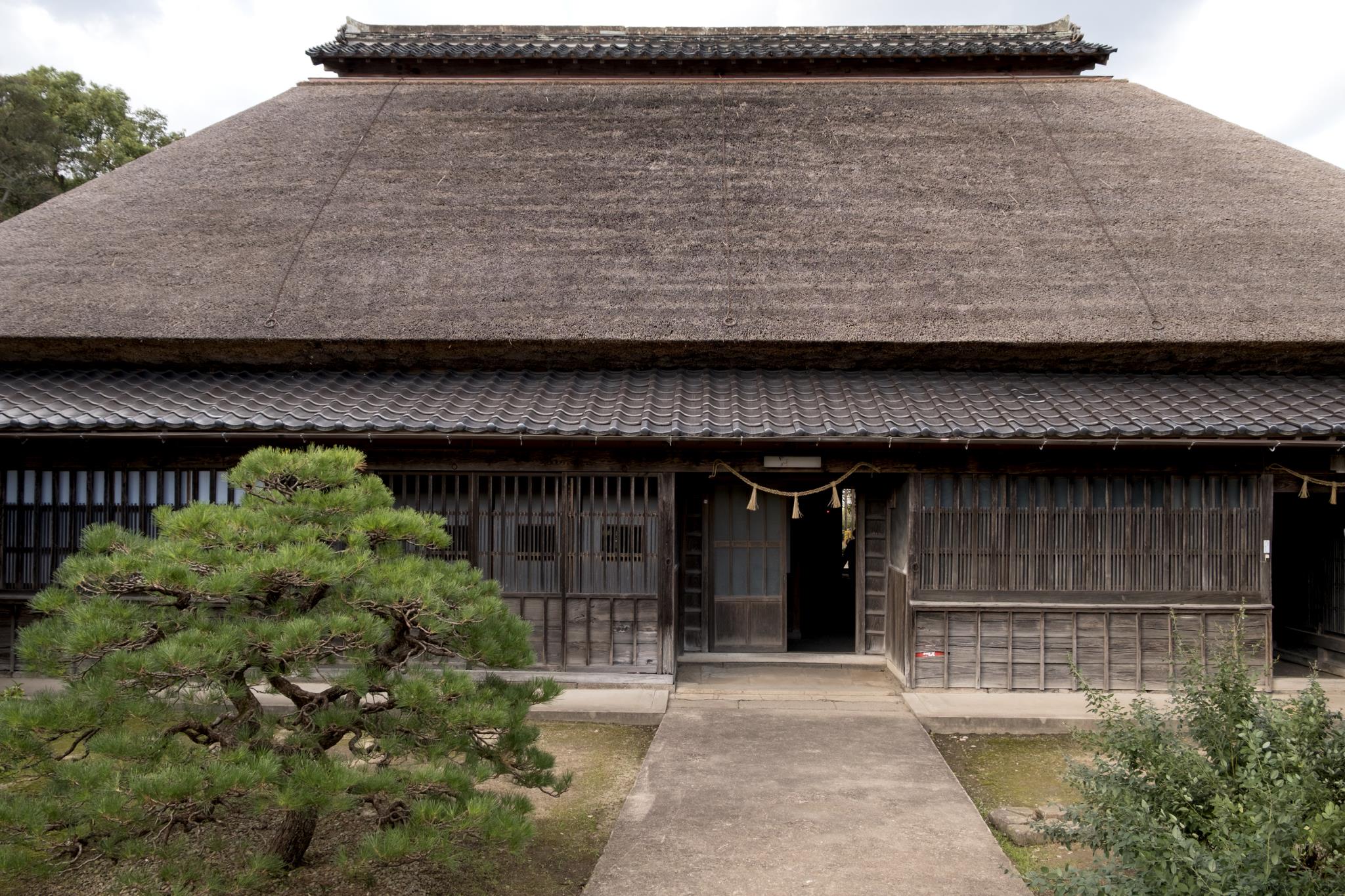 In the heart of a hamlet, in Tottori Prefecture, this is the house of the Kawamoto family. It is a very large country house with several buildings, some of them were built around the Edo period. The beautiful interior gardens have been arranged around a main building with a beautiful thatched roof. Inside, some pieces of art and calligraphy blend well with the rustic side of the exposed beams and mud walls. The Kawamoto house may be classified, but doesn't look like a museum. You can still feel the life running through the veins of the place which adds a certain charm. It is a beautiful testimony of the aesthetics of ancient Japan.

Landlocked in the mountains, in the heart of Shikoku Island, lies the Iya Valley. A lot of effort has to be made to reach this mysterious place. In the 12th century, after many battles, the samurai of the Taira clan who went through a defeat, went to take refuge in this cut-off region in order to keep living in peace.

Here we can find a bit of ancient Japan, with its plots of cultivated land around rural wooden houses clinging to the steep mountains. The impassable terrain has helped to preserve the region from too much modernism. The lack of attention that this valley has suffered for centuries is today its greatest treasure.

The path of the tea

Initially consumed for its medicinal virtues, tea quickly became the national drink across Japan. In the west part of the world, matcha green tea is best known for the tea ceremony, a ritual that seems as fascinating as it is mysterious. Not any art can symbolise the spirit of wabi-sabi as much as the way of the tea ceremony and all the traditional codes, erected by Sen no Rikyu, an emblematic tea master from Sakai, in the south of Osaka.

To appreciate the art of drinking tea, we were welcomed at the Zuiho-in temple in the Daitoku-ji complex in Kyoto. As soon as we entered his lair, another world opened up to us. A first garden welcomes us with its angular path. The function is to make a break and invite the visitor to forget the frenzy of the outside world. After taking off your shoes, it is time to contemplate the dry garden, created by the famous landscape artist Mirei Shigemori. The scene depicted is the replica of a sacred mountain, a long, thin peninsula, a rough sea and a lonesome island.

In an adjacent room, the priest Maeda, octogenarian, has been preparing tea for six decades. The master of the wooden house drinks some of the breuvage every morning with his family. The light timidly shines through the window and it is in a hushed atmosphere that I will be able to enjoy its benefits.

Invited first to ear a small pastry, which has to prepare the palate and counter the bitterness of the tea, I watch my host repeating a thousand times the precise and unchanged gestures of this ceremony. A spatula of matcha tea, a ladle of hot water and a few beats of the whip later, I was eventually able to receive the precious beverage. The recipe seems simple but everything is codified and pushed to the extreme.

It's not just about drinking tea. It is above all a bubble where you forget your problems. Surrounded by relaxing nature and a contemplative garden, there is now neither past nor future. It is a unique moment where nothing else matters, and which will remain engraved for eternity.