Water has always played a major role in Japanese culture. Along the Shinto religion, it said that water acts as a purifier. It symbolically washes away all the impurities. The water that falls from the sky, penetrates the earth through the top of mountain, rushes through it and comes out charged. A charge of energy will be called the holy places. A mineral charge will be called by Onsen! .

In this ryokan of the Yunoyama Spa in Mie Prefecture, there is the Suiunkaku, a beautiful listed building. We can appreciate a very large tatami room surrounded by a glass gallery. 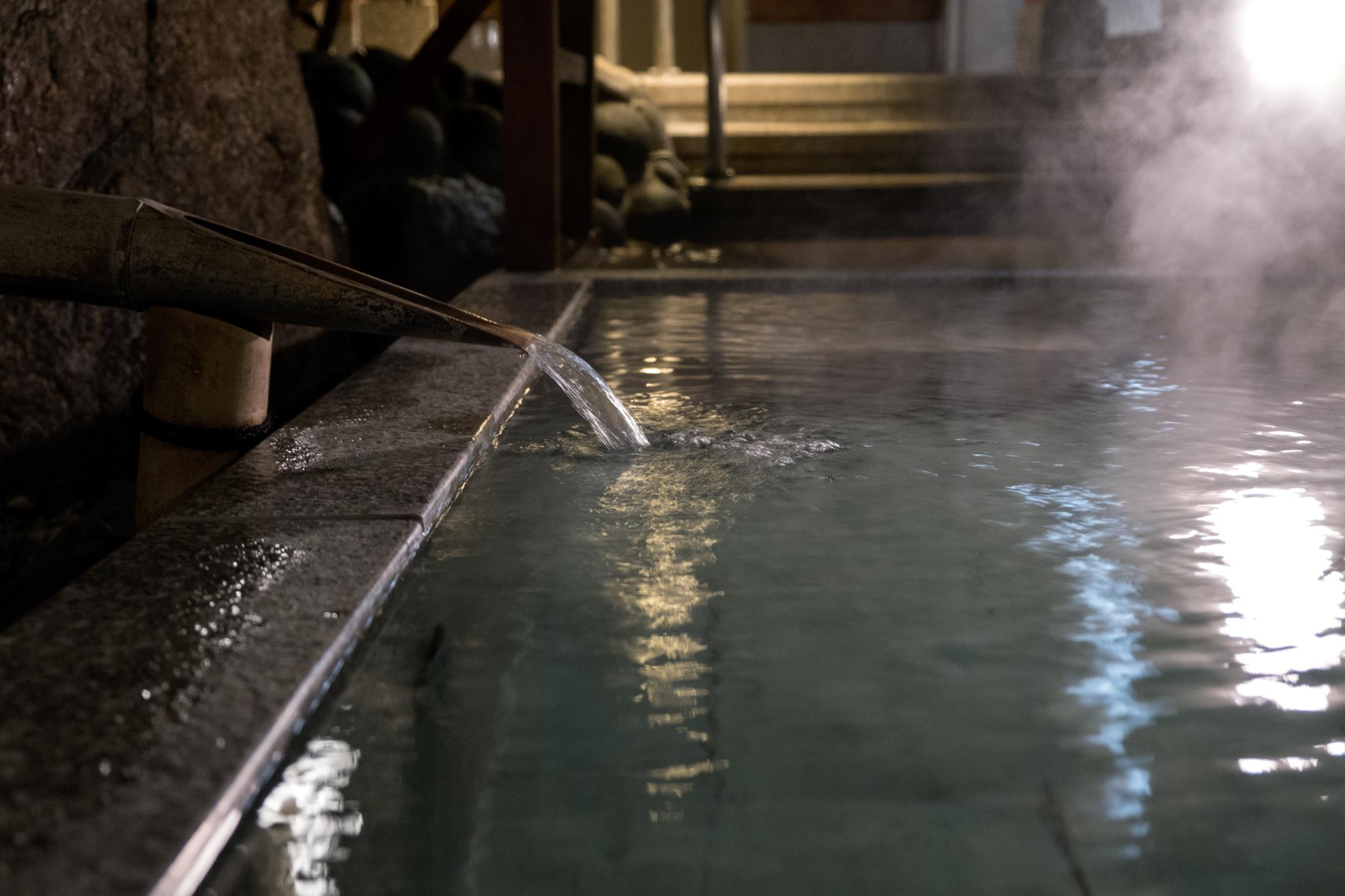 A renowned Ryokan of the Misasa spa resort in Tottori Prefecture, Izanro Iwasaki has a historic building where renowned guests, artists and members of the imperial family have stayed.

The baths are particularly spacious and alternate between mineral and wooded environments. 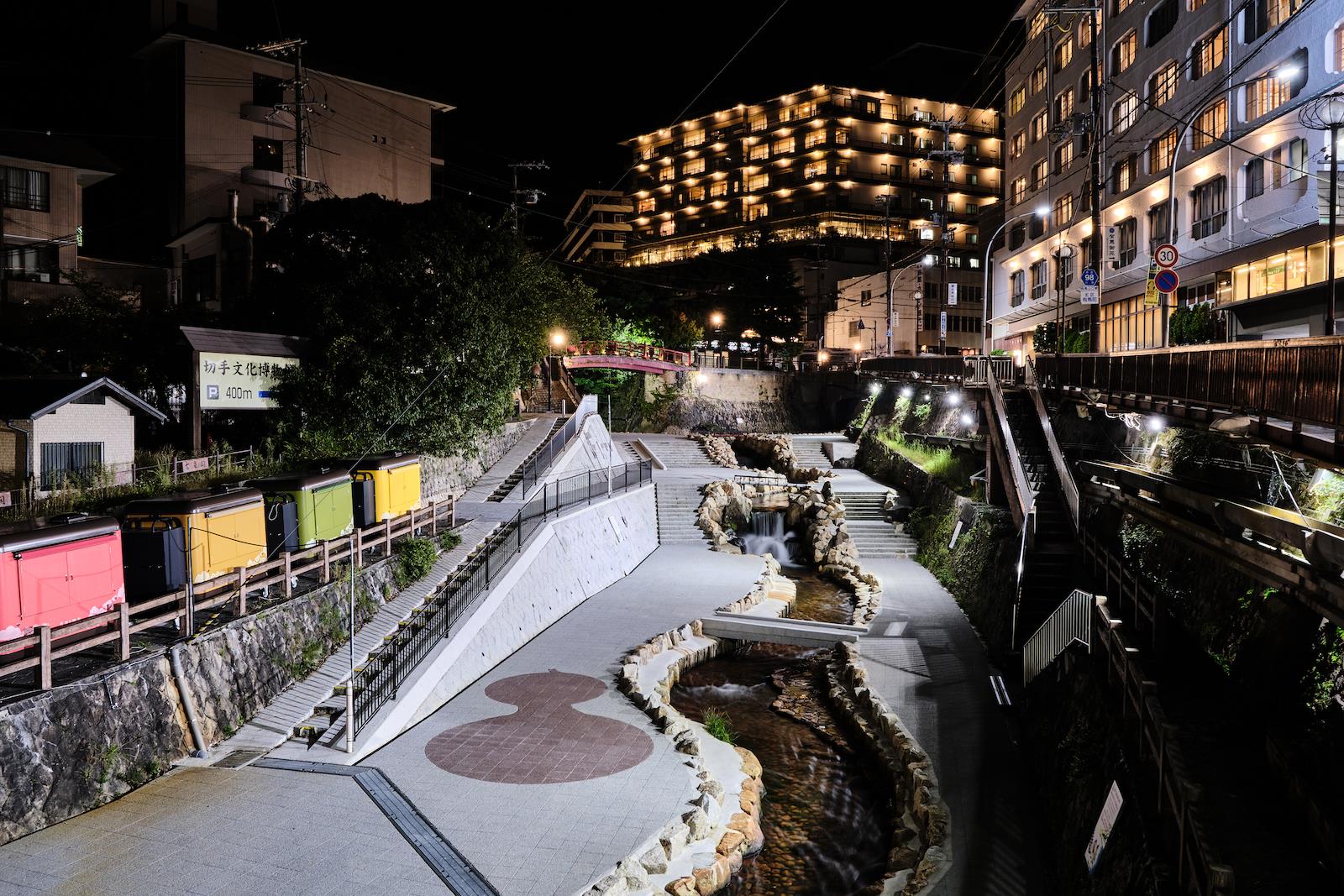 This historic spa resort, located in the mountains north of Kobe, is intersected by a landscaped courtyard for a pleasant walk. As you get closer to the stream of water you soon realise that this water is not like any other. Charged with sulphur, it covers everything the water caresses with an orange colour. A colour that often comes back to Arima, between two vapour emanations.

The heart of the resort is particularly pleasant, with beautiful traditional houses and charming shops. There are also ashiyu, small thermal baths set up in the town where passers-by can soak their feet while chatting with their neighbours.

Water again. This time it is the source of the quality of the rice. The latter has been used for centuries to brew sake, the national alcohol in Japan. Composed of rice, water and ferment, the beverage also has a religious character, in the same way as wine in Judeo-Christian cultures.

Since I have been living in Japan, I have tasted a lot of different sake. I've always found incredible the variety of tastes that can be obtained from such a simple and neutral raw materials. Especially since the brewers always explain that to brew sake, as surprising as it can be, the most important element is not the rice but purity of the water.

A visit to a brewery allows you to see the number of steps involved in the process of making the sake. The various warehouses, often sheltered from outside light and temperature variations, hide vats that keep the beverage at different stages of production. As the process progresses, the smell of the cooked rice is gradually left to appreciate the smell of the fermentation. The finished product, which flows into a small glass, looks remotely like water. But when you get closer you can see a slightly yellow colour and a much thicker robe. Just like wine, sake can be drunk and appreciated above all with food. An harmony that some people almost describe as divine.

Nestled in the Tamba region, this brewery makes Kotsuzumi sake by drawing water from the nearby River Takeda. The company has three listed buildings including a magnificent kura, a traditional warehouse designed to be more resistant to fire and other natural disasters. 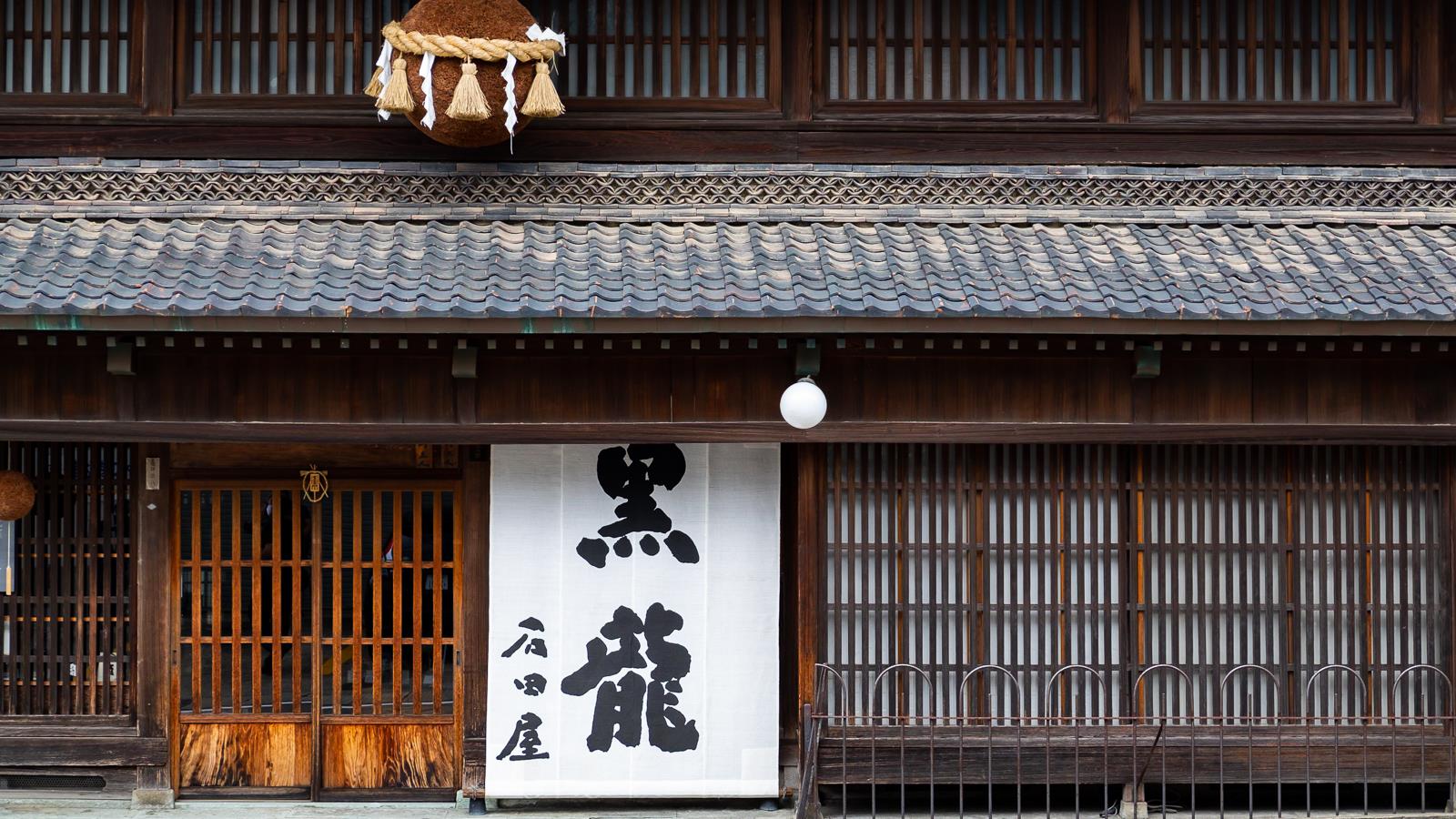 Located in the Fukui region, the Kokuryu brewery skillfully combines modernity and ancient know-how. The historic building, which is about 100 years old, is decorated with a magnificent sugidama, a ball of cedar branches used by sake brewers to indicate that a new batch has just arrived.

Proof of Kokuryu's renown, its best sake is regularly selected by Japanese airlines for their first-class customers.

In terms of taste, the sake produced here can be associated with protein-rich foods, such as crab for example, another speciality of this region bordering the Sea of Japan.

**The magic will soon begin, under the meticulous eye of the craftsmen, the grains of rice will be transformed into a divine beverage.

While the fermentation is going on, the sugidama can be prepared, still made by hand.**