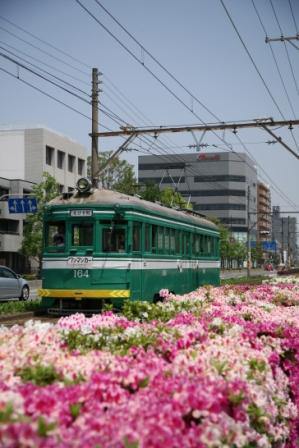 ・ Summary
The so-called ""Chin-Chin Densha"" runs through Sakai pretty much exactly along the old Kishu Road, and after more than 100 years since 1911, it is now an indelible part of the city. Running along almost all the major roads in the center of the city, it plays a vital part in a leisurely, relaxed tour of the sightseeing spots it passes.

The Hankai Tramway ""Chin-chin densha"" runs straight through the heart of the history of Sakai, following the old Kishu Road almost exactly. In the more than 100 years since it started operation in 1911 it has become an indelible part of the city, and is loved as a leisurely and kind to the environment means of transport by the locals.
There are two lines on the Hankai Tramway. The one that runs through Sakai is the Hankai Line, starting from Osaka and extending to the north and south. The fourteen stations from ""Yamatogawa"", located immediately after crossing the river of the same name that forms the boundary between Osaka and Sakai, and ""Hamadera Eki Mae"" comprise the tramway's route through Sakai. Running along almost all the major roads in the center of the city, it plays a vital part in a leisurely, relaxed tour of the sightseeing spots it passes.
There is also an exceedingly good value for money ticket, the ""Sakai Welcome Ticket"" (adult 500 yen / child 250 yen), which allows the Hankai Tramway (between ""Abikomichi"" and ""Hamadera Eki Mae"") and the Nankai Bus (within a designated area) to be used as many times as you like within one day.
You can also rent out an entire Chin-chin Densha carriage and throw a party onboard, for a truly unforgettable experience.

Furthermore, when running along the center of the main street between the stations of ""Ayanocho Eki"" and ""Goryomae Eki,"" seasonal flowers and trees have been planted along the dividers with the road on both sides of the track. Why not enjoy the ""Chin-chin Densha flower garden"" from the window of your ride, and take a leisurely, relaxed tour of the sightseeing spots that the tramway passes. 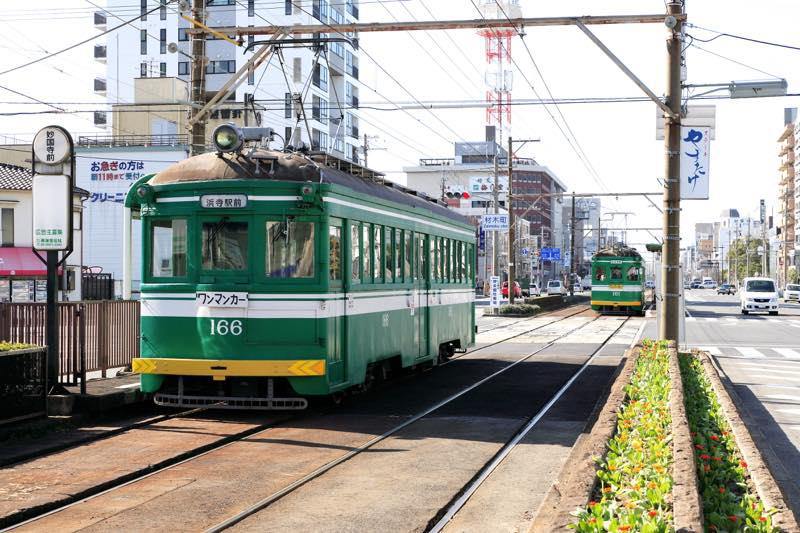 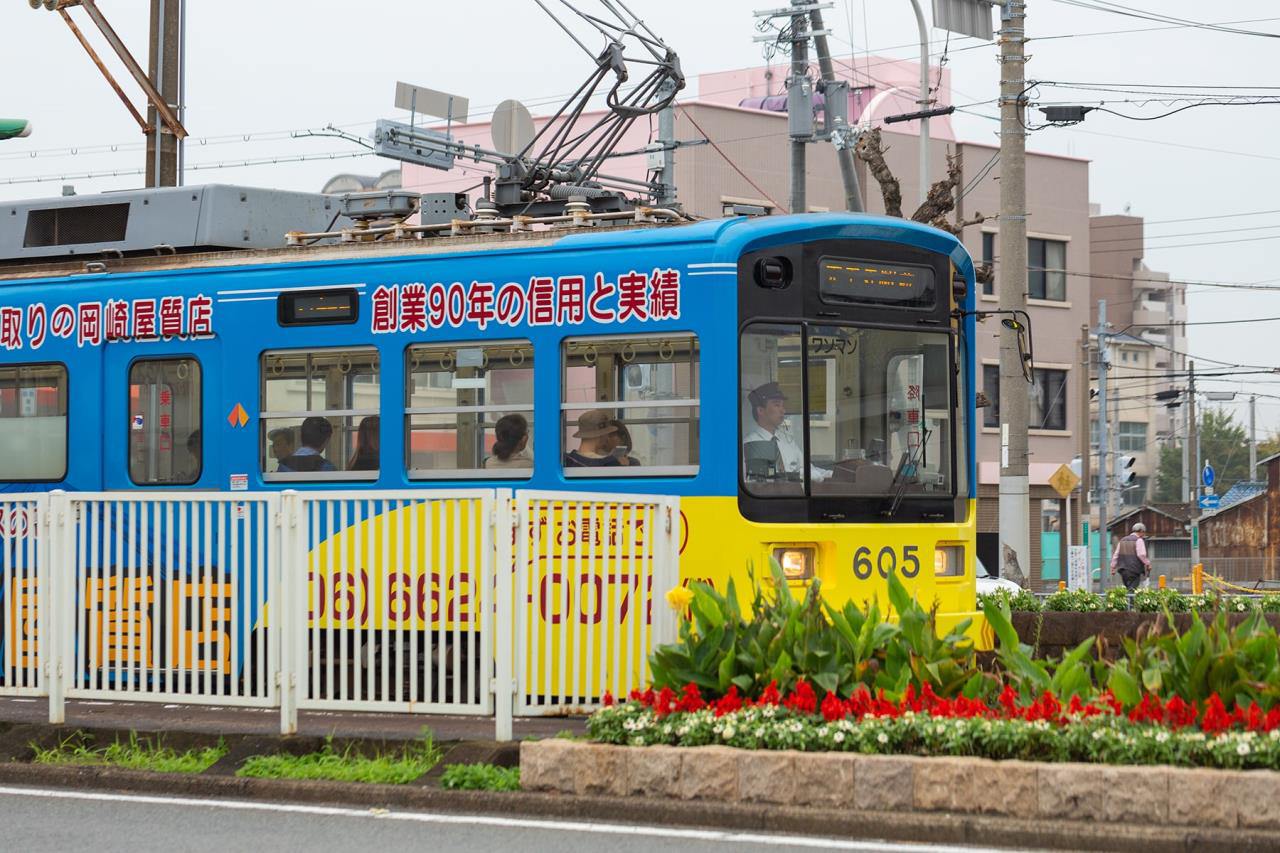