・ Summary
Alongside its history as a training temple this building was also used to teach children from the end of the Edo period to the start of the Meiji period, and was where Ekai Kawaguchi studied, the man who went on to become the first Japanese person to cross the Himalayas in his search for Buddhist texts. It became a nationally registered tangible cultural property in 2002.

Located on the north edge of the Sakai moat region, this building has a history as a training temple, including appearing in the grand map of Sakai from 1689 under the name of Yamabushi Seigakuin. In addition to that, however, from the end of the Edo period to the start of the Meiji period it was also used as a private school to teach local children to read and write, under the name of the “Seikodo.” In fact, during that time Ekai Kawaguchi (1866 - 1945) also studied here, the man who went on to become the first Japanese person to cross the Himalayas in his search for Buddhist texts.
A valuable historical resource as a building from the end of the Edo period, it became a nationally registered tangible cultural property in 2002. The main room, kitchen, living quarters, and gate all fit compactly into the narrow grounds, and while the main room and living space are a single chamber inside, from the outside just the main room section has an elevated gable roof, creating a structure with quite a unique appearance.
Preservative repairs were performed in preparation for its opening to the public, and then from October 2011 it opened as the Sakai Municipal Machiya Historical Museum Seigakuin.
As well as exhibiting Seikodo textbooks used in the teaching of the children, items that were found during the repair work, materials relating to Ekai are also on display. These include an iron kettle that he sent to relatives living in Sakai in 1931, being displayed for the first time, and that is inscribed with a poem of his own composing, as well as other collections of his writings. The inner parlor includes such items as period desks with 1808 inscriptions and small ink stones.
Furthermore, you can be guided around the interior by tourism volunteer guides. 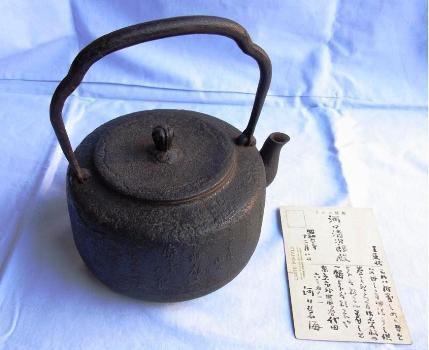 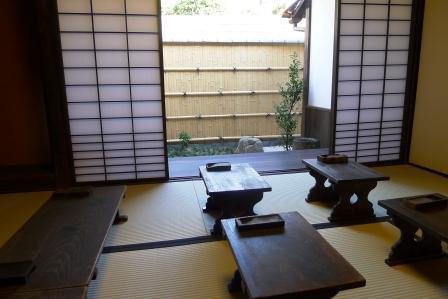