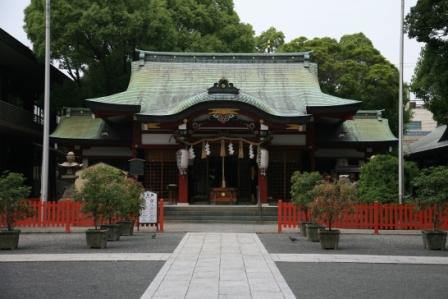 ・ Summary
The only shikinaisha (a shrine listed in Engishiki laws) found in old Sakai city, this shine is dedicated to the gods of Shiotsuchinoji, Susanoo, and Ikutama, and is sometimes called “Otera” due to Nenbutsu Temple built here by Gyoki and the two-storied tower built here by Kukai. The Odera Engi Emaki, Fushimi Tenno Ushinkan Kanon Uta Shu, and Tantomei Yoshimitsu artifacts housed here are all nationally designated important cultural properties.

A venerable Shinto shrine, the only one in the old Sakai city concerning which records remain in 10th century texts. It is dedicated to the gods of Shiotsuchinoji, Susanoo, and Ikutama, and is also known as “Otera” (“large shrine”), due to Nenbutsu Temple built here by Gyoki in the 8th century and the two-storied tower built here by Kukai at the start of the 9th century.
The temple houses three important cultural properties. The first is the Otera Engi Emaki, a picture scroll of the history of the shrine that was created by Mitsuoki Tosa in 1690. The second, the Fushimi Tenno Ushinkan Kanon Uta Shu, is a collection of works penned by Emperor Tennon using a pseudonym during the Kamakura period, and who was renowned as a Japanese poet in the Kyogoku style. The third is the Tantomei Yoshimitsu, a sword said in shrine history to have been used by the 10th shogun of the Ashikaga shogunate, Ashikaga Yoshitane. There is also the Aguchi Jinja Bunsho, an ancient text describing Aguchi Shrine and Nenbutsu Temple from the Kamakura to Edo periods, and which is a prefectural designated tangible cultural property. 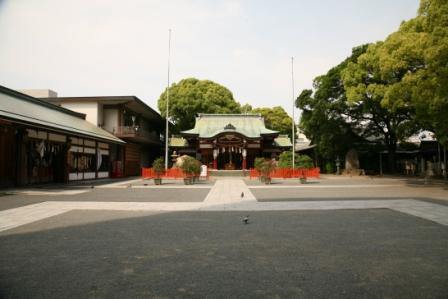