The road to the most sacred site— a journey of freedom

The Oise Mairi pilgrimage—A huge fad during the Edo period

Ise Grand Shrine, that enshrines Amaterasu Omikami, the legendary ancestral deity of the Imperial Family, is supposed to be the most sacred site for Japanese people, and many of them long to visit it at least once in their lifetime. This is a renowned tourist spot attracting approximately 10 million visitors per year, and a pilgrimage to this shrine, called “Oise Mairi,” has been popular since ancient times.
Visits to this shrine by commoners was prohibited up to the end of the Heian period in the 10th century, as it was considered the home shrine of the Imperial Family. However, this ruling was gradually relaxed due to worship of Amaterasu Omikami, the supreme deity of the nation, building in strength. In the mid-Kamakura period, during the 13th century, people called “Onshi” appeared all over Japan to arrange tours and accommodation for pilgrims, which helped the Shinto religion spread further among the common folk. During the Edo period in the 17th century, following years of war and conflict, the Oise Mairi pilgrimage became something of a fad, and, according to records, 4.6 million people out of a population of around 30 million, visited in one six-month period. MieMu (Mie Prefectural Museum) is an excellent information hub to visit and learn more about the long history of the pilgrimage.

Nowadays, it is much easier to get to the shrine, thanks to the well-developed transportation system, but until around 130 years ago, when railways were constructed during the Meiji period, visitors simply had to walk. During the Edo period, the Sankin-kotai (the feudal lords’ alternate-year residence in the capital) was established, which meant feudal lords were duty-bound to travel between their homes and Edo (present-day Tokyo) every other year. This mass movement of the lords and their entourages led to the development of new streets and roads throughout the country. Thereafter, a number of roads were created that branched off toward Ise Grand Shrine. These roads are collectively named the Ise Sangu Kaido, three of which start from Kyoto, Osaka and Nara, and are known as Ise Kita Kaido (Ise North Road), Ise Hon Kaido (Ise Main Road), and Ise Minami Kaido (Ise South Road). The following section covers details of the route from west to east along the Ise Hon Kaido, which was the busiest of all.

Ise Hon Kaido, located in the center of the three roads, was the shortest route to Ise, but contained the most difficult stages. However, many people still chose this road as they believed it to be the one that truly led to the heart of the god. This was so believed, as Yamatohime-no-mikoto, the daughter of the 11th Emperor Suinin, traveled along this road with the spirit of Amaterasu Omikami, aiming to find a suitable permanent resting place for the deity. This epic 90-year journey, which was taken up by the princess toward its end, made its final destination Ise.
When you walk along this road, you will find Aburaya, an Important Cultural Property designated by Uda City, where the famous Japanese Studies scholar, Motoori Norinaga, was said to stay. This former inn is located by Fuda-no Tsuji, an intersection of the Hon Kaido and Aokoe Road, to the east of Kintetsu Haibara Station. This building is currently open to the public, and the large number of serving stations preserved in the spacious upstairs dining room showcase how popular the pilgrimage to the shrine actually was.

If you walk further to the east, you will reach Takai, a former station town. This place still retains some features of the period, including a massive cedar tree called “Senbonsugi,” which was, according to a legend, the fully grown version of a chopstick that was used and then stuck here by the famous monk Kukai 1200 years ago. This cedar was planted here for the purpose of collecting water for a well, as the natural function of a cedar is to draw up water from underground through its roots. It is believed that this Senbonsugi is the oldest water-gathering cedar in Japan.

Then, onward past Udagatsuji, you will have to go over the first difficult stage, Ishiwari Pass, which includes the highest point (695 m) along the Ise Hon Kaido, and is known for its harsh winters as well as its cool summers, when a lot of flowers come into bloom. After the pass, you come to Chihara Bridge, which is closely connected to the legendary expedition of the first Emperor Jinmu when he conquered the Yamato region. Proceeding further toward the north, you reach Murou Temple, which was established by Kukai and famously accepted female visitors when women were not allowed to enter Mt. Koya.
Stretching your legs further, you will pass the hamlet of Kuroiwa and then need to walk through a forested area before witnessing the amazingly beautiful pastoral landscape beyond. Next, however, comes the toughest section of the Ise Hon Kaido, Kuratori Pass. With its many steep and winding paths, the name Kuratori literally means “taking away of saddles” and comes from the story that the saddles of the horses of the Yamatohime-no-mikoto party were blown away by an incredibly strong wind when they passed here, en-route to Ise. Continuing east, you will eventually arrive at Mitsue (meaning “cane”) Village, whose name was decided based on an account that the princess was said to have placed her cane here to indicate that it might be considered as a permanent location for the deity. After this, you will walk down and through Iwasaka Pass to reach the border with Mie Prefecture, very close to your goal of Ise Grand Shrine.
Around 200 years ago, during the late Edo period, Tokaidochu Hizakurige (A Shank’s Mare Tour of the Tokaido), a comic novel written by Jippensha Ikku, became a best seller among common people. In this story, the main characters and social dropouts, Yaji and Kita, travel from Edo on their pilgrimage to Ise Grand Shrine . During the journey, they eat and drink, read silly poems, and make crude jokes. People at the time loved these wild and reckless characters, and also used this book as a traveler’s guide due to the detailed information it contained on numerous sites along the road.
The Oise Mairi pilgrimage became popular among ordinary people, not only as a religious mission to reach Ise Grand Shrine, but also as a travel leisure activity, which became more common as the population’s appetite for diversions away from daily routines increased. This brand of tourism brought the Ise region great wealth and prosperity, and during the Edo period, a social phenomenon occurred every 60 years, whereby the pilgrimage to Ise was made by a massive number of people. Even if they did not have enough money to travel, people were provided with food and accommodation during the journey, which many people believed to be a show of mercy (“okage”) by the god. Thereafter, this special pilgrimage came to be known as “Okage Mairi.”
There was a short poem at that time, that strongly suggested that, for ordinary people, the religious aspect of the pilgrimage was really a kind of excuse, with the main purpose being to just enjoy the journey on the way. In other words, it was not just about faith but perhaps mainly a desire to free themselves from the shackles of their daily lives. Their willingness to participate can still be seen in the numerous roads that lead to the shrine, as well as the prosperity brought to the region. 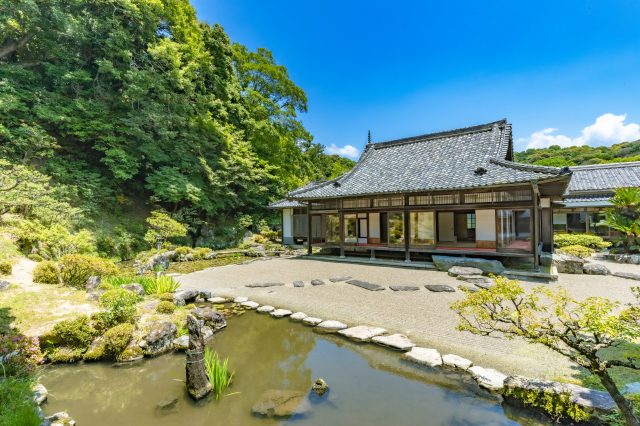 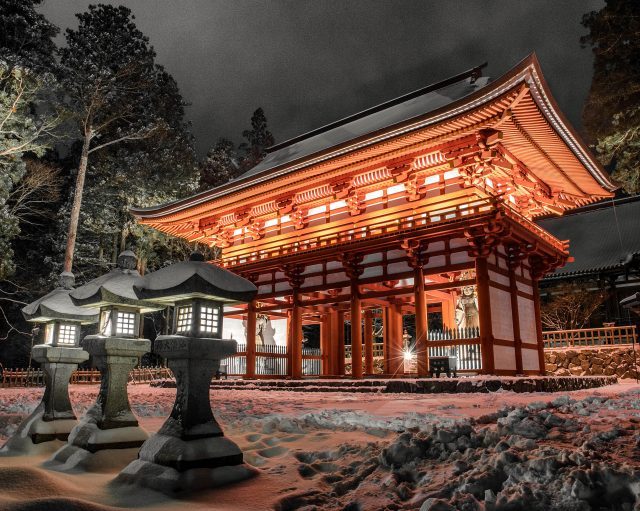 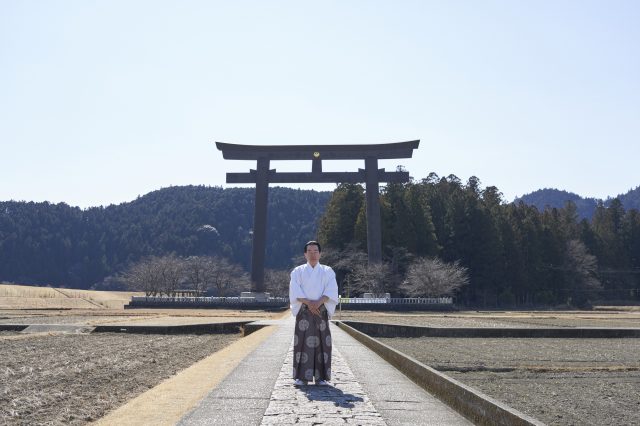